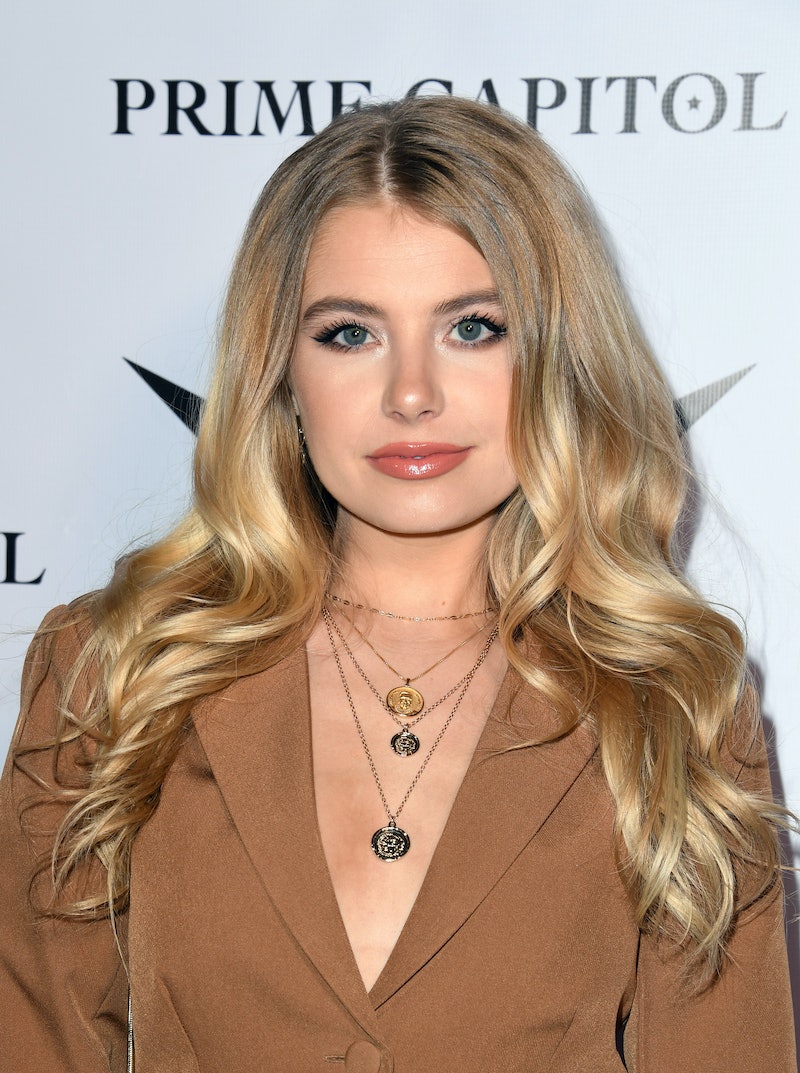 Demi Burnett was the last one to step onto the playa in Mexico during the Season 7 premiere of Bachelor in Paradise to look for love. Again. And quite possibly, an uproar. “Those poor girls,” she said as the episode ended. “I’m gonna steal all their men.”

Demi, who first appeared on Colton Underwood’s season of the Bachelor, is no stranger to Paradise. After all, it’s the exact same beach where she made the biggest splash in Bachelor history — her last stint in Paradise was the first time a same-sex relationship was featured on the franchise. During Season 6 in 2019, ABC brought Kristian Haggerty, who had no previous history on the network, to resolve the unfinished business she had with Demi. Demi proposed to her in the finale, but the couple later called off their engagement.

Now, Demi has returned to the beach and is ready to mingle with this season’s eligible bachelors and bachelorettes. Of course, because ABC films these shows in advance, sometimes it’s possible to skip ahead and see what’s going on in the contestants' lives by keeping up with the news and checking their social media accounts. So, as Demi prepares to take Season 7 by storm, it’s time to see what she’s been up to since filming wrapped in June.

Though Demi’s job title on Colton’s season was listed as an interior designer, she seems to have veered from the field and keeps busy with guest cameos on shows like Dancing with the Stars and The Celebrity Dating Game (more on that later).

With 1.2 million Instagram followers, she’s also parlayed her Bachelor clout into that of a social media influencer. Her endorsements seem to be from a mix of fashion, beauty, and travel brands. Her Instagram boasts posts of her sporting Betsey Johnson shoes, Glam Glow face masks, and even playing card games with Nick Viall.

Demi also tends to poke fun at her failed attempts at televised love-seeking. In a Dec. 23 post, she wrote, “I finally found someone who will love me unconditionally...” and accompanied it with a rose emoji and video of her proposing to herself, seemingly recreating when she popped the question to Kristian last season.

And in a post from Jan. 15, she joked, “Just a picture of a reality tv star who has not been impeached twice....” In another, again referencing Bachelor heartache, she wrote, “To this season’s bachelor contestants — wear your heart on your sleeve. And if it breaks, use the blood to hand-dye a faux fur coat.”

When she’s not being cheeky online, recent Summer 2021 photos show her going on hikes with her Chow Chow, Sandor, supporting the #FreeBritney movement, and hanging out with fellow franchise pals, like Tammy and Onyeka Ehie.

While it’s unclear when her episode was filmed, Demi appeared on The Celebrity Dating game on June 28 and was serenaded by Michael Bolton. Given the option to take three men on a date, she ultimately chose event producer Jordan Harvey, who correctly guessed her real identity. It’s unclear if their connection went beyond that initial date or if Demi found love in Paradise this summer, but Bachelor Nation will surely find out soon enough as she continues to put herself out there on Season 7.