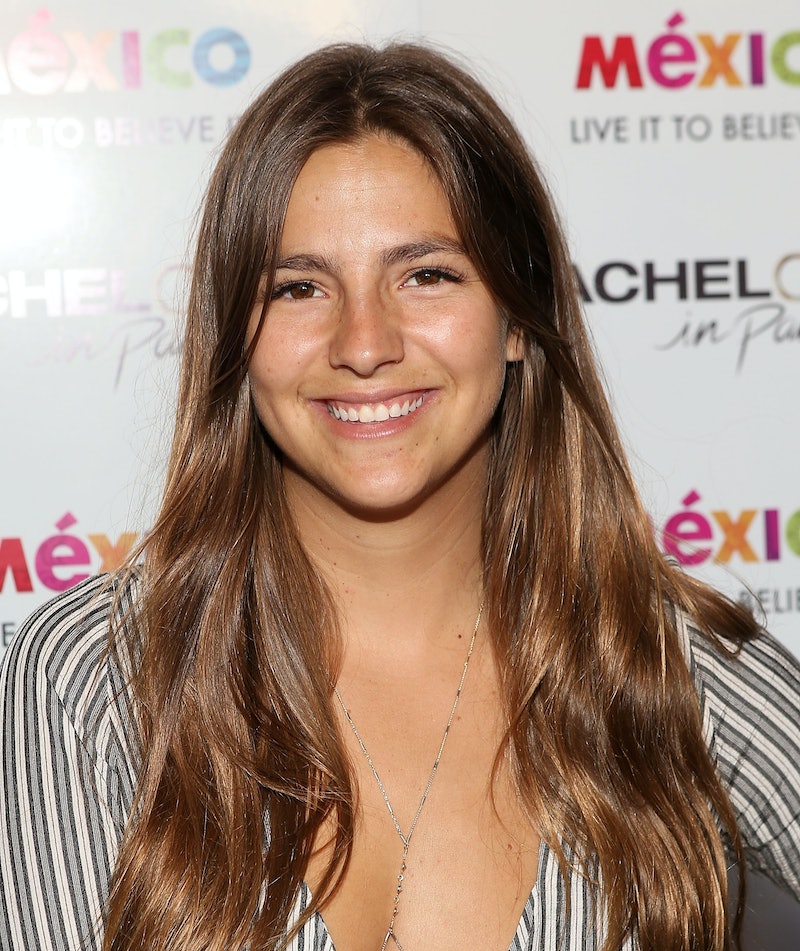 Six years after appearing on Juan Pablo's season of The Bachelor, Lucy Aragon (aka the "Free Spirit") is still the same fun, untethered person introduced on the show. She's traveled to 92 countries; attended Burning Man 12 times; and frequently posts photos of herself getting naked around the world using the hashtag #freelikeme. "Do you want to peddle sugar bear hair for the rest of your life or do you want to see the world? #freelikeme#dontbebasic," she captioned a photo of herself diving nude into the waters of South Africa in 2018. As Lucy tells Bustle, "Being a free spirit isn't a job, it’s a lifestyle."

She's also been spending her time advocating for equality by attending Pride parades, Black Lives Matter marches, and protests against Donald Trump. As she writes in her bio, "Make everybody feel like a somebody (unless they’re racist)."

At some point between doing all of that, Lucy met her boyfriend James Williams. He's the co-founder of Mayweather Boxing + Fitness — Floyd Mayweather's fitness franchise — and has been dating Lucy for three years. To commemorate their anniversary in July, she posted a sweet photo of them together with a lengthy caption about how easy their relationship has been.

"Three magical years with the happiest man on the planet. I know what we have isn’t normal. Still never had a fight, you have never made me cry. I don't think you’ve ever made anybody cry. All you do is smile and chew with your mouth open and make everybody around you feel like a somebody," she wrote. "I am so lucky to be loved by you. Very happy to be abnormal with you forever."

Seems like it's for the best that things didn't work out with Juan Pablo.