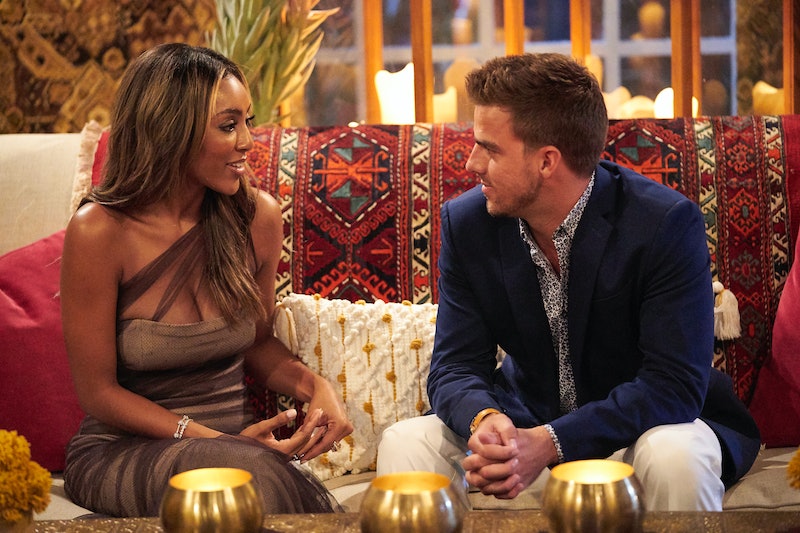 Bachelorette contestant Noah Erb was a perfect mustachioed villain from the moment he stepped out of the limo. And even after he shaved it off for Tayshia Adams' sake, he continued to stir the pot. But the 25-year-old travel nurse made a good impression on Tayshia with his playful attitude, and since he jumped a fence for her during a group date that he wasn't even invited on. If Tayshia is looking for big romantic gestures, it sure seems like Noah could be her guy — and it's rumored that his time on the show isn't quite finished yet.

Since leaving the La Quinta Resort & Club, the Tulsa, Oklahoma native has continued his travels. Understandably, the coronavirus pandemic changed the nature of Noah's work as a nurse. According to a recent Instagram post, he's been going to COVID-19 intensive care units at hospitals in several different states. Because his job is mobile, he's been able to pitch in and help in areas overwhelmed by the virus.

But it hasn't been all work! In addition to the occasional Bachelorette post (including a nod to Bennett Jordan's recent "gift" to him), Noah's Instagram feed contains photos of him fishing, golfing, and biking, as well as spending time with his family. And as one of ten siblings, Noah's got plenty of family to hang out with.

No matter the outcome of Noah's two-on-one date with his nemesis, Bennett, and the rest of his time on The Bachelorette, it's clear he's enjoying himself now.