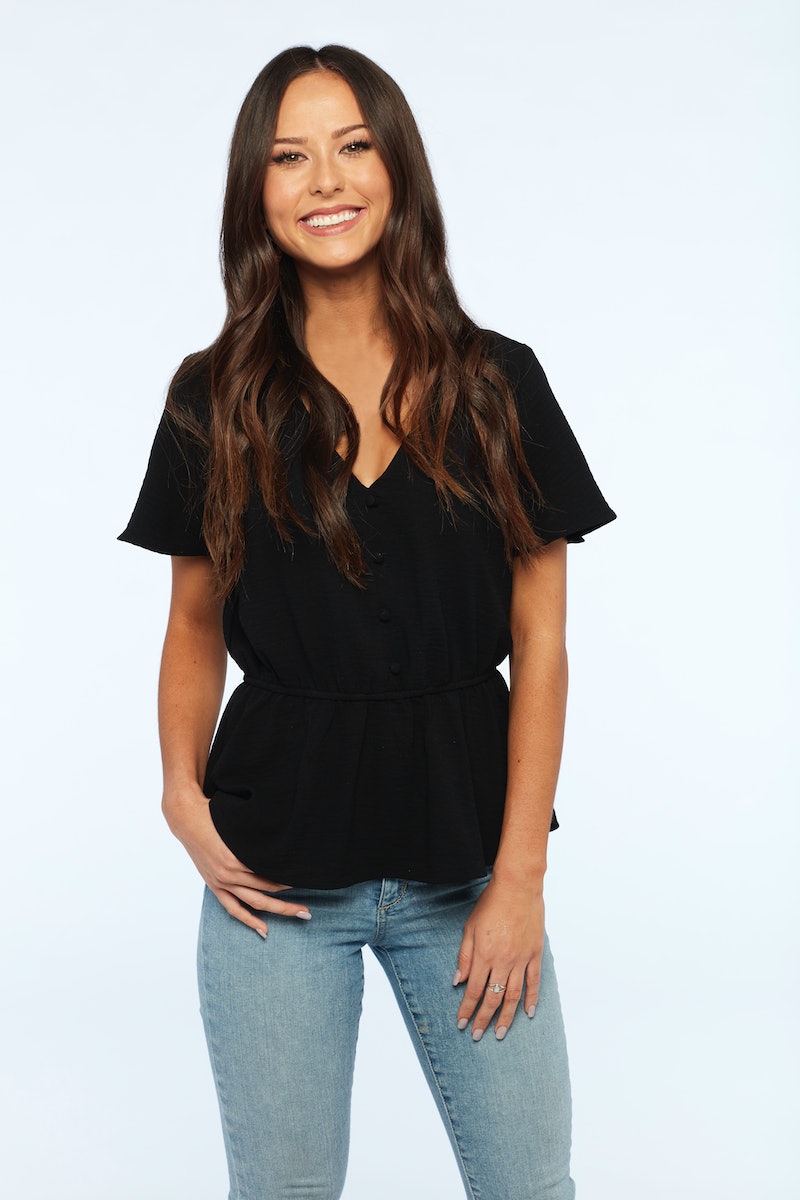 Bachelor contestant Abigail Heringer went on the show with one goal: to push herself outside of her comfort zone. "Being in your 20s, you are on the dating apps, and you're trying to date around ... I was just getting the same results. I wasn't happy with that," she told hosts Rachel Lindsay and Becca Kufrin on their Bachelor Happy Hour podcast. "I really wanted to push myself and have conversations with a man I've never met before. Whether that be about my background, or my hearing loss."

For Abigail, that meant telling Matt James about her cochlear implant on night one of his Bachelor season. Though her hearing loss is a "huge part" of who she is, she told Lindsay and Kufrin that she's typically hesitant to mention it right away. "It being a hidden disability ... it's kind of a scary thing to bring that to somebody on a first date."

Abigail's mom Suzie was similarly surprised to see her daughter open up. She told The Stateman Journal that "it's something [Abigail] usually doesn't talk much about," but that she's proud of her daughter for sharing her story on such a public platform. "With her disability, if that can impact one other person, it's worth sharing."

Since filming The Bachelor, Abigail has continued to be a vocal advocate for disability representation, and recently shared an article on Twitter about the increasing visibility of deaf and hard-of-hearing individuals on TV. It's impossible to tell if things work out between her and Matt, but it's clear she sees her time on the show as a positive experience. On a Jan. 5 post of her and Matt meeting for the first time, Abigail captioned it with, "A night I'll never forget."