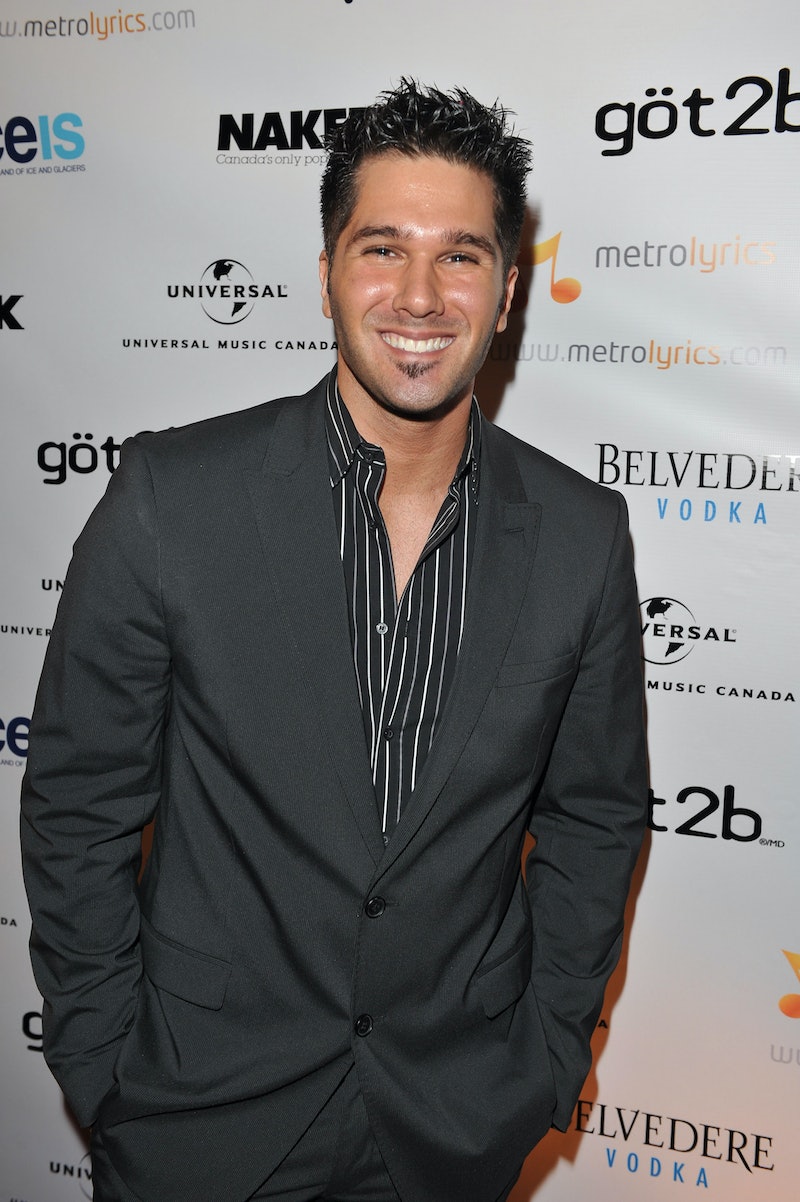 Before Chad Johnson or Luke Parker, there was Justin "Rated R" Rego. On Ali Fedotowsky's Bachelorette season, he was quickly cast as the villain of the show because he allegedly had a girlfriend back home waiting for him. When Ali confronted him about the allegation, Justin walked off the show — literally — and didn't let the fact that he was wearing a boot from a previous injury stop him from high-tailing it out of there. Since then, Justin's life has gone back to normal — but he has plenty to say about his time on the show.

Shortly after his Bachelorette exit, Justin wrote a lengthy Facebook post about how he felt wronged by the series. The post has since been deleted, but Us Weekly reports that he claimed he didn't have a girlfriend as the show had suggested. "I was not in a relationship before I went on the show and I am still single now," he said. "I went on the show to experience an opportunity with possibilities of meeting the love of my life ... the producers of The Bachelorette took this experience that was supposed to be an amazing moment that I will never forget, and made it into a living hell for me." He must not have hated the producers that much, though, because he rejoined the franchise for Bachelor Pad Season 2 in 2011.

He returned to criticizing the franchise in 2016 in an interview with Entertainment Tonight. He claimed that the producers manipulated events on The Bachelorette to cast him as the villain and wouldn't let him leave the show earlier on, as he'd wanted. "They're puppet masters," he said. "They are playing with us and basically trying to get us to do what they want at the end of the day. No matter what we try, they will do what they can to get the result that they want." ABC did not respond to Bustle's request for comment about Justin's claims.

These days, Justin keeps a low profile. The last known news about him is from April 2017, when he won TorontoNightclub.com's Bartender of the Month for his work at Blue Suede Sue's. Bustle attempted to contact him for this article, but he declined to discuss his time on the show. But if he does re-watch his season and decides to speak out, one can guess that he'll probably have some more digs for the producers.