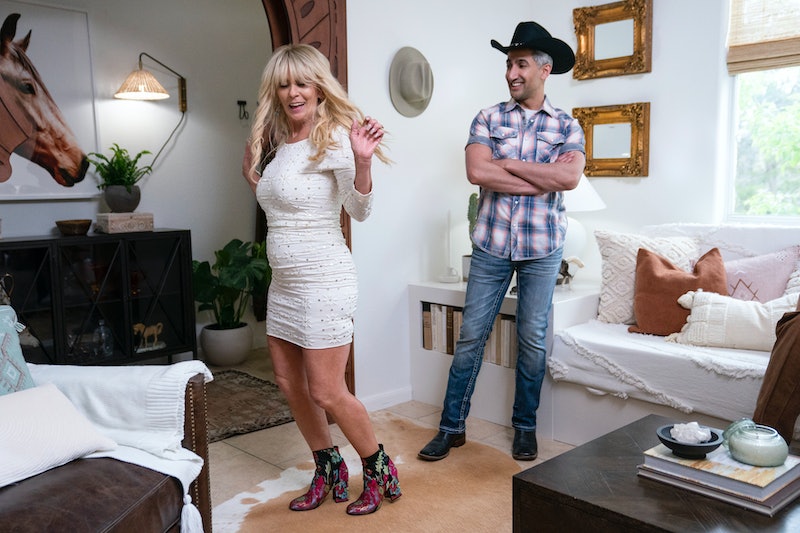 Terri White had a vastly different filming experience than the other nine Austin residents featured in Queer Eye Season 6. The 58-year-old grandmother and honky tonk dance instructor was the first hero the Fab 5 filmed with in March 2020, and after a week together, production on the series shut down for more than a year due to the coronavirus pandemic. When filming resumed in May 2021, Antoni Porowski, Bobby Berk, Jonathan Van Ness, Karamo Brown, and Tan France returned to get an update on Terri, who had been nominated by her daughter, Ashley, and struggled to reconcile her desire to feel young and sexy and be taken seriously.

The Fab 5 was worried that Terri may have fallen back into her old ways, given the general harshness of 2020 and a string of family tragedies. After filming, Terri’s son-in-law unexpectedly died of a massive heart attack, leaving her daughter and teen grandson devastated. Her father James White, who opened the family’s legendary Broken Spoke honky tonk bar in 1964, also died in January 2021. Terri’s sister, Ginny White-Peacock, confirmed the news to the Austin American-Statesman, explaining that James had recently been diagnosed with congestive heart failure and died at his South Austin home.

When the Fab 5 caught up with Terri, they were pleasantly surprised to find that she was doing even better than when they left her; in fact, Jonathan had never been so shocked in his life to see the progress she had made. Not only had she embraced the natural hair she’d been hiding under a long, blonde wig, she seemed to be thriving in every sense of the word. “I’ve been wonderful,” Terri explained. Ashley added that being on the show had been a “game-changer” for her relationship with her mom, and that they remained in a strong place.

Following her father’s death, Terri continued to run Broken Spoke alongside Ginny and James’ wife Annetta. She also, of course, is still teaching two-step. “I love dancing because it makes you forget all your troubles,” Terri said on Queer Eye, adding that “people need to quit b*tchin’ at each other and have a good time.” She’s given lessons to a number of celebrities over the years, including Robert Plant, Patty Griffin, and Robert Duvall, who she described to Austin Monthly as “hard to catch up with” because he was “so good.”

Terri continues to teach one-hour dance lessons three days a week at the Broken Spoke, and according to the business’ website, her classes “fill up very fast.” (She’s also available for private lessons.) Students can expect to learn the traditional two-step,along with some Western Swing and the Cotton-Eyed Joe, which is the only line-dance allowed at Broken Spoke.

Mostly, though, Terri is just glad to continue helping visitors “keep it country.”