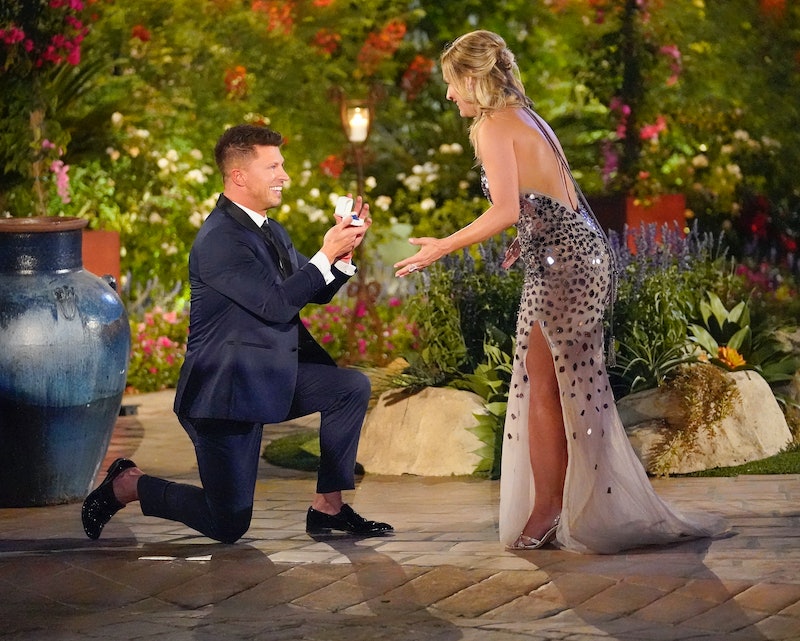 Zach J. tried to give Clare the moon in Week 1, but it seems unlikely that he finds love on The Bachelorette. If the rumors that Clare leaves The Bachelorette with Dale sometime around Week 3 or 4 are true, that pretty much makes the failure of all her other matches a foregone conclusion. Regardless, Zach J. will be remembered for his limo arrival stunt, in which he proposed to Clare with a butt ring that made fart noises. (Endearingly silly or frustratingly immature? You decide.) Though chances are that Zach J. is still single after The Bachelorette, he's seemingly been in high spirits since filming wrapped.

For a little while, it did seem like Zach stood a chance of winning Clare over. As a 37-year-old businessman just two years Clare's junior, the two connected about seeing their friends getting married and having kids and wanting the same. While Eazy criticized Zach's ring gag as a sign he wasn't "husband material," across two episodes Zach appeared to be someone more mature than his entrance suggested. (In Zach's official ABC bio, he noted that he's obsessed with gum and chapstick and hates when people confuse "there," "they're," and "their," which all seems like peak old people behavior.)

Sadly, it doesn't appear that he makes it much further than Week 3. According to Reality Steve, Zach exhibits some debatable but "uncalled for aggressive behavior" during his one-on-one date, leading to Clare telling him to — excuse the pun — butt out.

Filming for the season wrapped in September 2020, and since leaving the show, Zach appears to be doing just fine. He doesn't use social media frequently, but on Oct. 13, he Instagrammed a hiking trip with his friends at Zion National Park.

While the Utah resident introduced himself as a cleaning service owner on the show, he also appears to have switched jobs — or added a side hustle — since then. On Oct. 14 he posted a picture with some VidaNativ products, a CBD oil company that appears to have been founded by his friend Taylor. "We have some amazing promos in the works here at vidanativ. Follow my company page @vidanativ and stay tuned for some awesome giveaways next week," he wrote.

Zach may not have found love with Clare, but at least we'll always have the farting ring to remember him by.