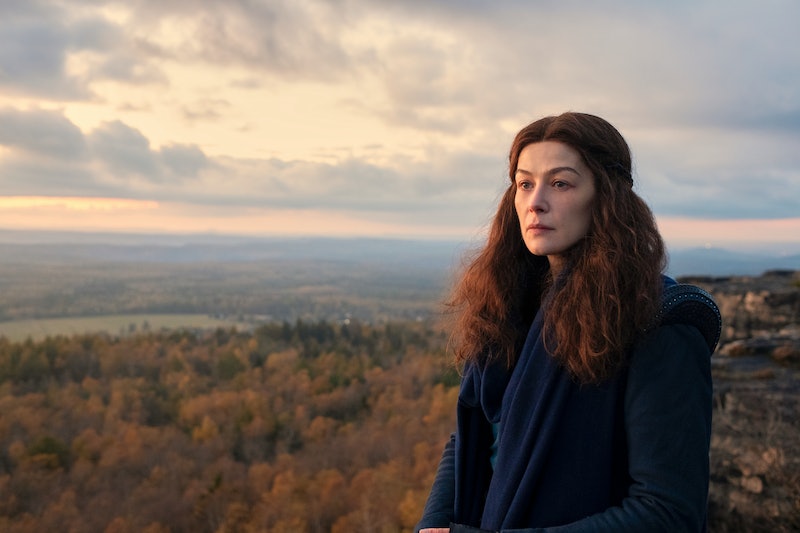 Now that Robert Jordan’s expansive book series finally hitting the small screen, courtesy of Prime Video, fantasy fans are eager to delve into the original novels. But it can be hard to know where to start: With 14 main-series titles — and an average 826 pages per book — reading the Wheel of Time series is nothing short of an endurance race. Don’t worry, though. Your route is clearly marked on the list below. Spoilers for Robert Jordan’s Wheel of Time series follow.

Jordan’s fantasy series revolves around a prophesied fight between good and evil, the groundwork for which was laid long ago. Millennia before the events of the first book in the series, Eye of the World, the Creator locked away the Dark One to prevent him from taking over the Wheel of Time: a cosmological device, powered by magic (aka the One Power) that pushes the world through waves of cyclical time. The channelers of the One Power, known as the Aes Sedai, inadvertently freed the Dark One and allowed him to mount an assault on the Creator. In the hopes of balancing power, the Wheel created the Dragon, Lews Therin Telamon: a channeler capable of defeating the Dark One. Unfortunately for the Dragon, the Dark One placed a curse on male channelers — including Telamon himself — guaranteeing that they would be driven to suicide if they practiced their craft. Following Telamon’s death, a prophecy arises indicating that the Dark One will rally his forces and the Dragon will channel the One Power once more, in a cataclysmic battle for the end of the world ... And that’s just the backstory.

Here’s a brief explanation of the Wheel of Time books, in in-world order.