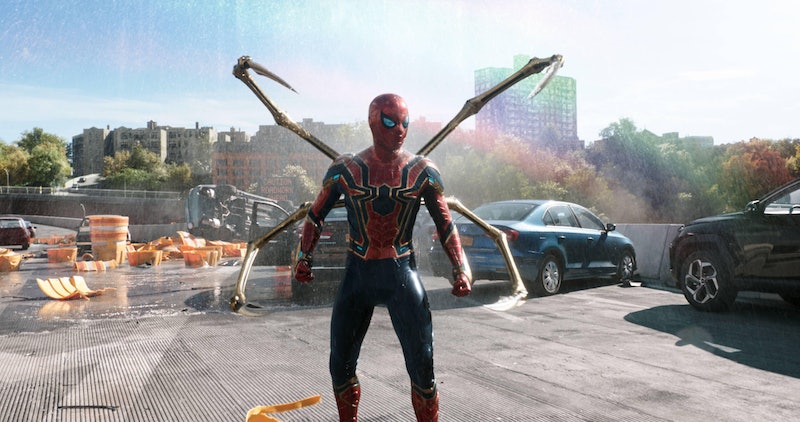 Following a leak of the teaser trailer over the weekend, the much-anticipated first glimpse of Spider-Man: No Way Home debuted on Aug. 23 at CinemaCon. Fans are understandably excited to see how Tom Holland’s Peter Parker will deal with the ramifications of his secret Spider-Man identity being revealed, and what Doctor Strange will do to fix the problem… or make it disastrously worse.

So when can you expect to see Spider-Man: No Way Home in the UK?

As the final Marvel movie of 2021, Spider-Man: No Way Home will debut in cinemas on Dec. 17. You can’t currently pre-book tickets for the film as it’s still a fair few months away, so keep that date in your calendar clear. And if you’re planning to see it on release day, make sure you book as soon as tickets become available, as Marvel films tend to sell out pretty quickly – especially if there’s a midnight showing.

If you’ve not seen the first two Holland-led Spider-Man films, that Christmas date will give you plenty of time to get up to speed with the plot. For those who are familiar with the story so far, No Way Home continues pretty much immediately from Far From Home’s mid-credit scene left off, where (spoiler alert) Peter is framed for Mysterio’s death and his secret identity is revealed in the process.

Struggling to come to terms with this reveal and the effect it’s having on those closest to him, No Way Home sees Peter seek out the help of Dr. Strange who casts a spell to set things straight. However, Peter inadvertently screws it up by asking too many questions and they end up “tampering with the stability of space time”, as Dr. Strange puts it. Not good.

As they attempt to right what went wrong, the multiverse starts collapsing in on itself and dozens of rifts introduce some very familiar characters back to the MCU including Willem Dafoe’s Green Goblin and Alfred Molina’s Doc Ock. from Sam Raimi’s Spider-Man series.

Of course, you’ll have to wait until December to find out what happens. In the meantime, the fandom will do what they do best; creating hilarious memes about the trailer.