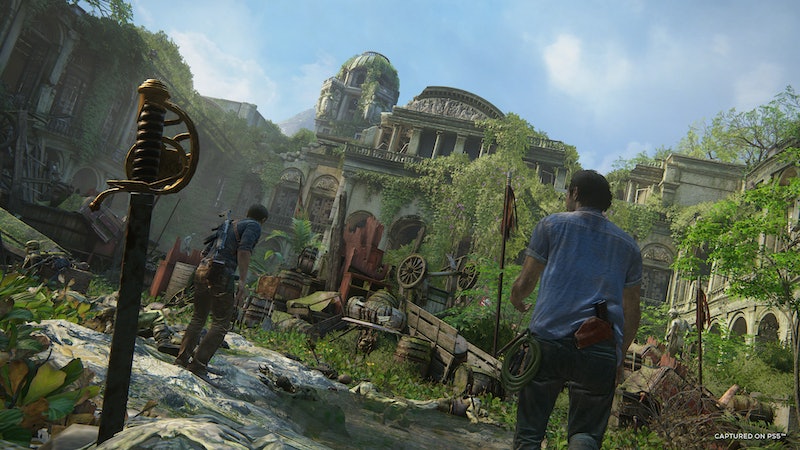 Following PlayStation 5’s launch in late 2020, it was only a matter of time before Uncharted received the remaster treatment. And seeing as the fourth instalment sold the most out of the entire franchise, it’s no surprise that A Thief’s End is set to see another round of success on the PS5. But this time Uncharted 4 will debut alongside The Lost Legacy – a standalone expansion to the game featuring familiar treasure hunter Chloe Frazer who appeared in the second and third Uncharted titles.

So here’s when you can expect to play the aptly titled Uncharted: Legacy of Thieves Collection, and what to expect from the PS5 upgrade.

When Is Uncharted: Legacy of Thieves Out In The UK?

As for the PC upgrade, there’s still no official date for release. However, PlayStation notes on their blog that you can add Uncharted: Legacy of Thieves to your wish list on the Epic and Steam Stores for the time being.

Players who have purchased the PS4 digital versions of A Thief’s End, The Lost Legacy, or the Digital Bundle will have the option to pay an additional fee to upgrade. If you own the PS4 disc of either game, you’ll have to insert them into the PS5 each time you want to download or play the Legacy of Thieves collection. PlayStation Plus members who claimed A Thief’s End via the subscription aren’t eligible for the PS5 upgrade.

What To Expect From The PS5 Upgrade

Both A Thief’s End and Lost Legacy were an unprecedented step-up from the previous three Uncharted games when they first debuted on the PS4, but the PS5’s incomparable hardware boosts that ten-fold. Having already played through an early copy of Uncharted: Legacy of Thieves courtesy of Sony, I can safely say they both really do feel like entirely new games.

Load times are pretty much nonexistent thanks to the PS5’s lighting fast SSD, and the games feel so much more immersive thanks to the haptic feedback and adaptive triggers of the PS5’s DualSense controller. Accompanied by 3D audio, you also have the opportunity to play the games in 4K at 60 frames per second compared to the PS4’s 30fps capability. You can also have a very smooth gaming experience in Performance+ mode, which drops the resolution to 1080p but boosts the frame rate up to 120fps for the first time in Uncharted history.

And while you can transfer your save data from the PS4 to the PS5, I highly recommend jumping into these games from the absolute beginning. Despite obviously being super familiar with the story, you’ll have a totally new experience when it comes to the adventures of the Drake brothers and Chloe on the PS5, compared to what you remember from the PS4.

More like this
What We Know About Lilibet Diana's Godparents
By Frances Stewart
Everything You Probably Didn't Know About Queen Elizabeth's 12 Great-Grandchildren
By Sophie McEvoy
Drag Queen Drama 'Femme' Is A Fresh Take On The Classic Revenge Thriller
By Sam Ramsden
Are Tom Daley & Louis Theroux Bound For 'Strictly'?
By El Hunt
Get The Very Best Of Bustle/UK