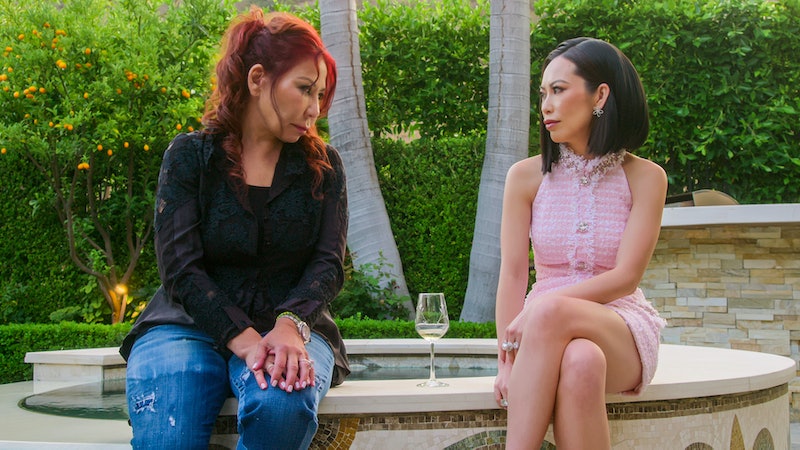 The lavish lifestyles of Los Angeles’ wealthiest Asians didn’t change much in Bling Empire’s Season 2, but their lives are drastically different. After objecting to having another baby in Season 1, Christine Chiu changed her mind about giving Baby G a sibling, Kevin Kreider pursued Kim Lee instead of his Season 1 target Kelly Mi Li, and, Kelly finally split up with her on-again, off-again Power Rangers boyfriend Andrew Gray (though his cameo at the end might imply otherwise).

Aside from the addition of new cast members, another big shakeup involving the newly engaged couple Chèrie Chan and Jessey Lee rocked the show. After it was revealed that Jessey was previously married with two kids, the cast members speculated that maybe there was an overlap in the relationship while Jessey was still married. So it was a shock when Chèrie and Jessey abruptly left the show mid-season. The couple announced their exit from the show via TMZ in July, though they’d already filmed some scenes by then as reported by EW. Chèrie’s recent Instagram posts seem to be shading unnamed “friends,” so it’s possible they left right in the middle of filming the season and not on the best terms. Here’s everything we know about when Season 2 was filmed.

Season 2 Was Filmed Starting May 2021

Season 2, which dropped on May 13, was greenlit in March 2021, just two months after the first season debuted. Season 1 was filmed in 2019, but COVID delays pushed its air date back two years. Season 2’s production timeline was much shorter. Season 2 opens with Christine and her husband Dr. Gabriel in Paris for Couture Fashion Week, which was during the first week of July 2021.

But in an interview with Fashionista, Christine confirmed that the show actually began filming months before. “I think we started around May, but then we had some changes in production members, so we kind of stopped and then restarted,” the Bling Empire star said. Whether Christine was referring to Chèrie and Jessey is unclear, but the timing of their exit announcement checks out. In an interview with Entertainment Tonight on May 13, Christine said she was “disappointed” about their exit, adding, “They signed up for this project and trust me, there were a lot of times and a lot of moments where I wish I could have just quit and walked away, but I had to pull up my big girl panties and continue with the commitment that I had made.”

The show went on without them and the rest of the season followed the cast members through different ups and downs. In June, the Chius celebrated Father’s Day by buying Dr. Gabriel a car (naturally), while in August, an emotional Christine cried to Kane Lim on the first anniversary of her mother’s death.

The season was bookended with another fashion show, this time at the uber-rich’s Los Angeles locale. In the finale, Kelly and Kane walked the runway on the first day of LA Fashion Week. And even though Kane got into a fight with Kevin a few episodes prior, Kevin and Christine were both in attendance to support their castmates. The designer they opened for, House of Skye by Skye Yayoi Drynan, held the show on Oct. 14 and shared pictures on Instagram two days later. That places the end of filming up until the fall of 2021.

There’s no news yet from the streaming platform about whether the show will be renewed for Season 3. But should it be greenlit, expect a similar timeframe for the next season — maybe even a quicker turnaround if there are no delays or cast departures.