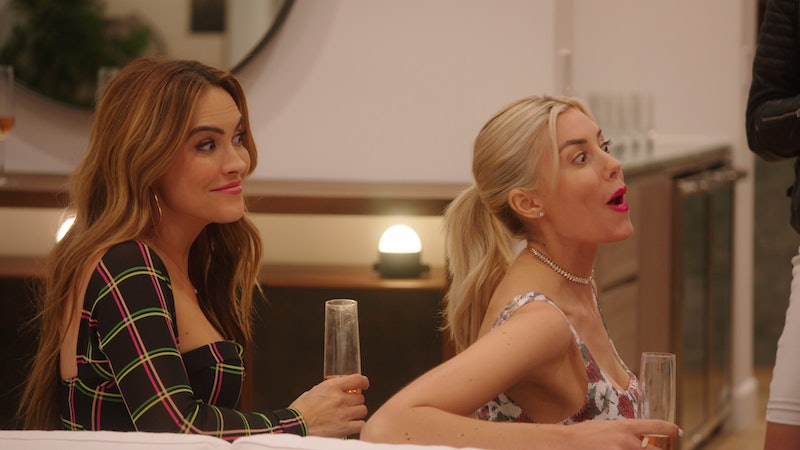 Netflix has been churning out new episodes of Selling Sunset faster than the I Love Lucy chocolate factory could spit chocolates down the conveyor belt. After a 13-month dry spell following the reality TV hit's premiere season, Netflix released 8 more episodes on May 22 — a heaping serving of multi-million dollar real estate porn perfectly timed to torture those of us who'd spent the previous two months locked down in our one-bedroom apartments. But that same day, as every other reality TV program was announcing their pandemic postponements, Netflix boasted that Season 3 of Selling Sunset would be released in August. Our first reaction was THANK YOU; our second was BUT HOW is this possible? When was Selling Sunset Season 3 filmed?

The timeframe may seem compressed, but it’s sufficient to fit in a heartbreaking, high-profile divorce for Chrishell, a new pregnancy and possible move to Miami for Maya, and a few more rounds of Davina being abused by her testy luxury property developer client Adnan.

And for those who still aren’t satisfied with another 8 episodes, there’s room to hope even more Selling Sunset is already on its way down the assembly line. When Bustle chatted with Mary and Chrishell in advance of the Season 2 drop in May, they disclosed filming had just ended in March, the day before coronavirus lockdown measures were put in place. Mary, who pegged her tropical honeymoon to the end of her filming commitments, arrived at LAX only to learn her outgoing flight was canceled.

Which means that, even allowing for a generous break over the winter holidays, producers of Selling Sunset have almost three additional months of footage to work with when almost every other reality television crew has been stuck at home.

More like this
Love Is Blind’s Natalie Claims Shayne Signed Up For 'Perfect Match' While They Were “Still Together”
By Brad Witter
'Love Is Blind: After The Altar' Season 3 Has A Release Date & It's Very Soon
By Grace Wehniainen
'Bling Empire: New York' Star Nam Laks Is The “Blair Waldorf Of Thailand”
By Alyssa Lapid
The Mysterious Gunther Corporation From 'Gunther’s Millions' Has Dissolved
By Brad Witter
Get Even More From Bustle — Sign Up For The Newsletter
From hair trends to relationship advice, our daily newsletter has everything you need to sound like a person who’s on TikTok, even if you aren’t.