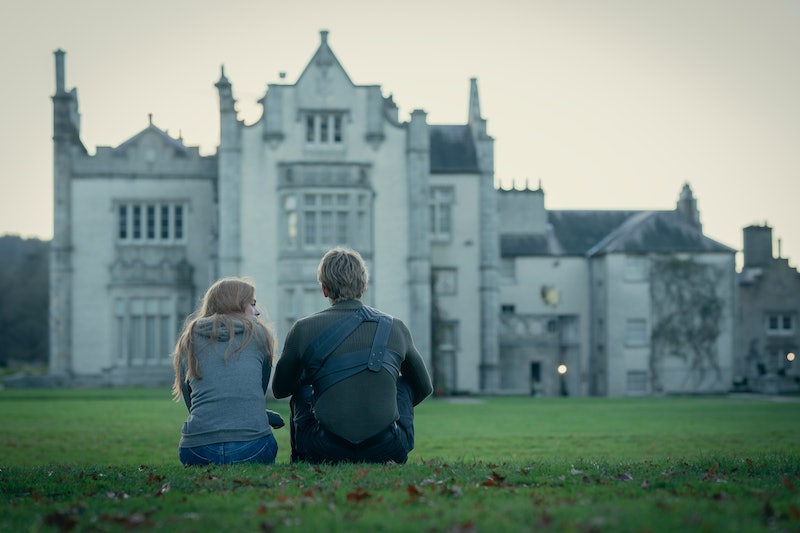 The all-new Netflix teen drama Fate: The Winx Saga, based on the noughties Nickelodeon animated series Winx Club, shot onto screens on Jan. 22 and has already knocked the unstoppable Bridgerton from the top spot. With the showrunner behind The Vampire Diaries on board, plus a stellar cast, it's easy to see why the Harry Potter meets Riverdale fairy drama is a hit. But bringing to life the beautiful surroundings of the magical Otherworld realm deserves an honourable mention, too. So, where was Fate: The Winx Saga filmed?

The fantasy drama centres on Bloom (Abigail Cowen), a Californian girl sent to Alfea College, an institution made for fairies to learn to hone their magical gifts. Fans of the OG cartoon will already know that the famed college can be found in the 'Otherworld', a realm similar to Earth except for the somewhat minor detail that fairies exist and magic is real. Oh, and the fairies can travel in and out of the realm to visit Earth as and when they want.

So unfortunately, no, the Otherworld is not real (boo). But parts of where the show was filmed certainly are. Throughout the show, we're introduced to several locations. As well as Alfea, we go to the Kingdom of Solaria and the town of Aster Dale. All of the filming for the show's six episodes took place in different locations across County Wicklow in Ireland.

The Alfea School of Magic is actually the Killruddery House, a spectacular mansion on the outskirts of Bray, south of Dublin. The 17th-country manor served as the perfect backdrop for the magical drama, with its glass orangery serving as the plants lab, and its Reflecting Ponds the backdrop for the specialist’s daily training sessions. One thing may look different though, the great hall in the show was added in post production with CGI and isn’t part of the original Elizabethan manor.

The waterfall location where the Stone Circle is located is real, too. The famous Powerscourt Waterfall, part of the Powerscourt Estate and popular landmark and tourist attraction near Enniskerry (County Wicklow), served as the backdrop to these emotional scenes.

Much of the internal scenes were filmed at Ardmore studios, also in Bray, Co. Wicklow, which is also home to another popular show, Amazon Prime’s Vikings. While there's no confirmation on the exact locations of the rest of the beautiful scenes, for instance, the mysterious town of Aster Dale, most of the filming took place in the Wicklow Mountains including in and around the National Park and coast, and was captured by the cast on their social medias during filming.