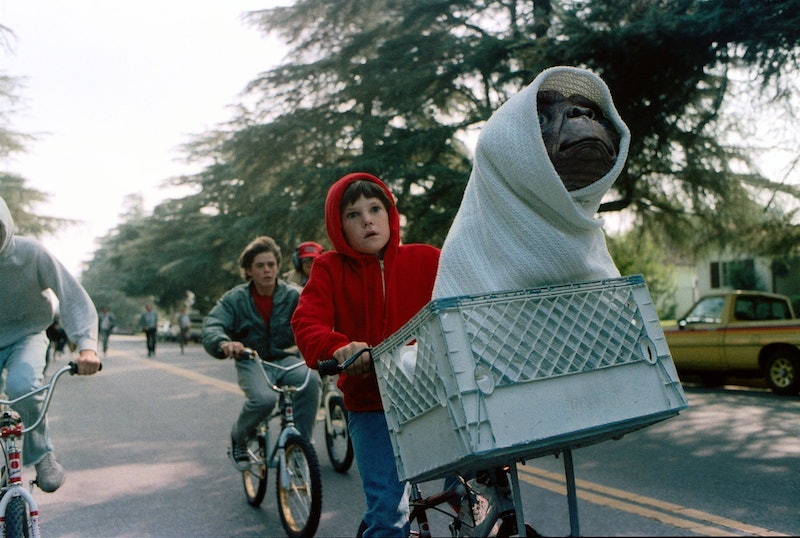 If you were a child at any point in the last 40 years, then you most likely have seen the movie E.T. And if you've seen E.T., then you are no doubt familiar with Henry Thomas, the 11-year-old boy who portrays Elliot in the film. The 1982 film remains the most recognizable project of the actor's career, and a new HBO documentary on child actors called Showbiz Kids is putting a renewed spotlight on Thomas and other stars who got an early start in the industry. So where is Henry Thomas now, and how has he been able to move on from the life-changing stardom that came with his blockbuster E.T. role?

Showbiz Kids was written and directed by Alex Winter, a former child star himself who is best known for his role as Bill S. Preston, Esq., in the Bill & Ted movies. Winter catches up with a number of former child stars for the film, including Matilda's Mara Wilson, Diff'rent Strokes' Todd Bridges, and Stand by Me's Wil Wheaton, among others. In the film, the now-48-year-old Thomas talks about the typecasting he experienced following his E.T. success (the movie held the record of the highest-grossing film of all time from 1982 to 1993) when he would try to audition for new roles. "I remember being at several meetings and sitting in the green room waiting, and seeing like a producer walk out and try to casually take a look and go back. And then I’d see another producer come out, take a look, come back," Thomas says in the doc. "Then it’d be five minutes of silence, and then a receptionist would come and say, 'I'm sorry, they’re not going to see you today. We’ll reschedule it.' And then I realized, 'Oh, they're not looking for teenage me, they’re looking for E.T. me.'"

Despite the difficulty Thomas had getting roles as a teenager, he never fully gave up on Hollywood. Since 1990, the actor has appeared in at least one film or television show every year, with the exception of 1991 and 2012, according to IMDb. Most years, he appeared in multiple projects. These include high-profile films like 1994's Legends of the Fall, 2000's All the Pretty Horses, 2002's Gangs of New York, and 2010's Dear John.

He's also had a bit of a career resurgence of late. In 2017, he had a supporting role in the Netflix film Gerald's Game, and in 2018, Thomas starred as a regular cast member in the acclaimed Netflix series The Haunting of Hill House. In 2019, he starred in an extremely popular holiday commercial from Xfinity in which he reprised his role as Elliot and reunited with E.T. He also appeared in the 2019 Stephen King movie Doctor Sleep, and is currently starring in a recurring role as Charles McNider/Doctor Mid-Nite on the 2020 CW series Stargirl.

Alhough Thomas' career has been going well lately, it hasn't bee all good news for the actor. In October 2019, Thomas was arrested and charged with driving under the influence after he was allegedly found asleep at the wheel near his home city of Portland, Oregon, CNN reports. In November, Thomas pleaded no contest to the charge and was sentenced to attend a yearlong diversion program and install a breathalyzer in his car, according to Oregon Live.

Though the actor has had his ups and downs, it looks like the actor has still managed to carve out a satisfying career for himself.