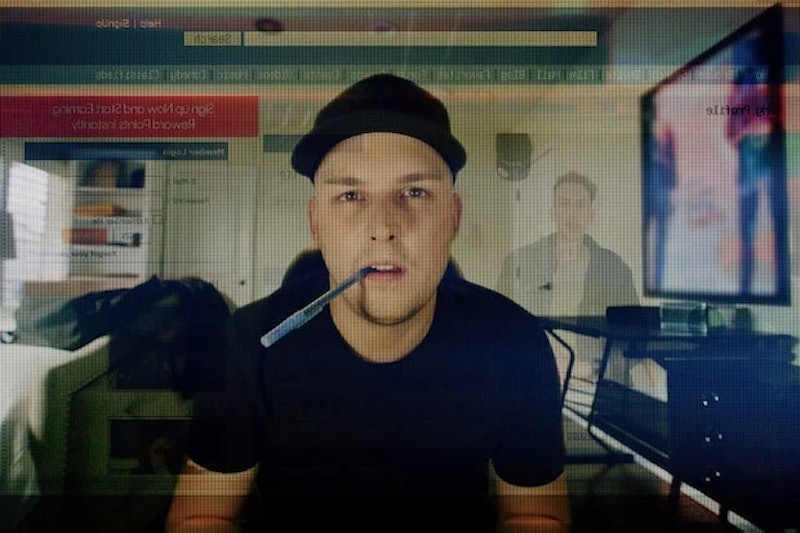 Trigger Warning: This piece contains mentions of stalking and solicitation of sexual assault.

As Channel 4 released a new three-part documentary, Bling Ring: Hollywood Heist, all eyes are seemingly back on Nick Prugo and Alexis Neiers, better known as the ringleaders in the Calabasas crimes. Their burglaries went on to inspire Sofia Coppola’s 2013 film, The Bling Ring, starring Emma Watson, Katie Chang, Israel Broussard, Taissa Farmiga, and Claire Julien. Intrigued by the teenagers who’d robbed Hollywood’s rich and famous undetected, the crew and the film became a cultural sensation. But where is Nick Prugo now? Here’s what we know.

Sometimes called the “mastermind” of the group, Nick Prugo was sentenced for his crimes in 2010, at 18-years-old, alongside his friends, per The Sun. Five years later, he was charged with stalking and solicitation to commit sexual assault, as reported by MailOnline. Prugo received a sentence of 350 hours of community service and three years’ probation for the stalking charge, and ordered to stay away from the victim and her family, according to LAist.

Speaking about his crimes in 2013 to ABC, he said, “I didn't really understand… what was real and what wasn't … just because I was so consumed with reality television," per Metro. This was also echoed in the documentary where he said, “This happened, it’s not something I’m proud of but I did my time, I’ve learnt from it.”

The news around Prugo has gone pretty quiet in recent years. However, in 2021, US Weekly claims a source revealed he’s “in a committed relationship.” Prior to the Calabasas crimes, Prugo had a brief stint as a child actor. According to the RadioTimes, he gave up acting once he became school friends with Rachel Lee — now known as the “ringleader”. Together, they made their house burglary debut in year eleven (or 10th grade in the U.S.) stealing $8k in cash. According to Vanity Fair, they began lifting cash and credit cards from locked cars at night as a duo. Prugo claims he was “stealing for drugs” at this point, after developing a cocaine dependency.

Inspiring a notable scene in The Bling Ring film, the two of them stole designer clothes, valuable products, and cash from Paris Hilton’s home in 2008. Once they’d recruited others — Alexis Neiers, Courtney Ames, and Diana Tamayo — they went on to steal from the homes of Audrina Patridge, Rachel Bilson, Orlando Bloom, Brian Austin Green and Megan Fox, plus Lindsay Lohan as a group. A $3 million heist in total. In Channel 4’s Bling Ring: Hollywood Heist, reality star Patridge claims, “I was thinking they’re going to kill me.”