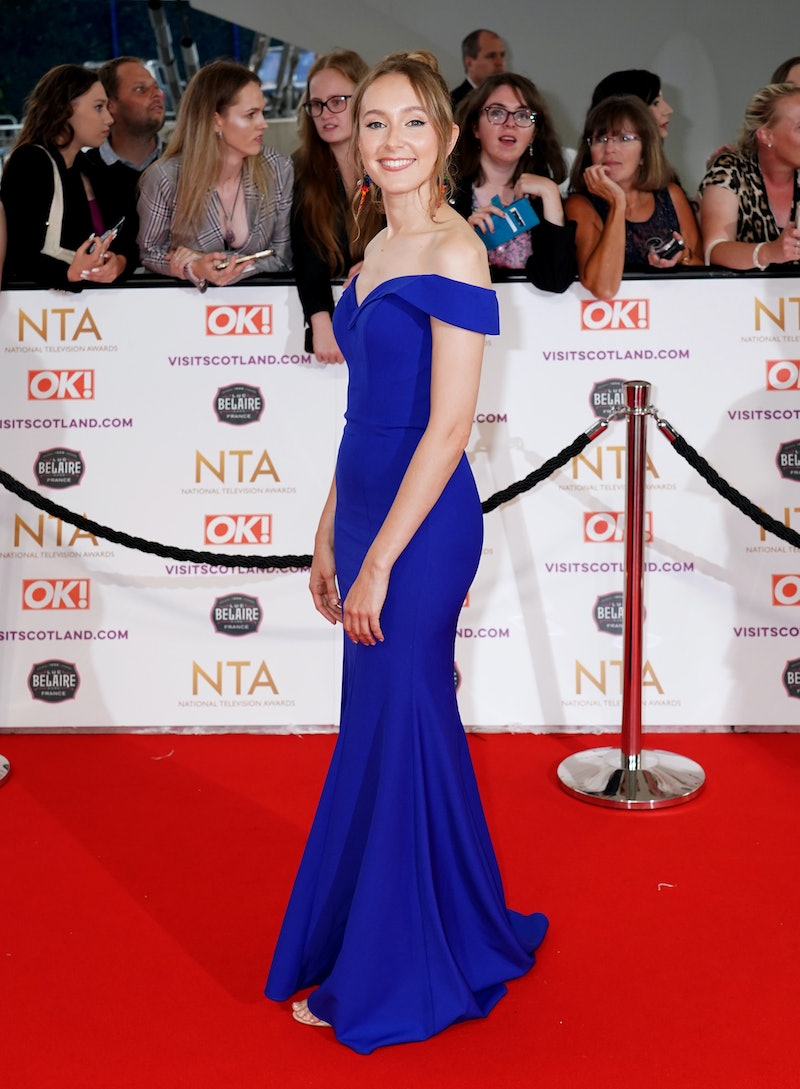 She became the first deaf person to win Strictly Come Dancing 2021 last month and now Rose Ayling-Ellis is calling for British Sign Language (BSL) to be given legal status in the UK.

In her recent cover interview with Big Issue, the 27-year-old Eastenders actor said she wants to use her newfound fame and platform to support Labour MP Rosie Cooper’s bill that aims to declare BSL as an official language in the UK. The bill will be up for parliamentary debate on Jan 28. 2022.

“BSL is not an official language, legally, in this country,” the actor told the paper. “Which is outrageous. Because it is such a beautiful, rich language with its own structure, its own grammar, its own slang. It’s even got accents.

“I’m backing it because this is my language,” Ayling-Ellis added. “The fact that my country doesn’t see it that way is really sad and means that we don’t get the respect we deserve and the language deserves.”

Ayling-Ellis, who plays Frankie Lewis in Eastenders, also plans to continue to break barriers following her historic win on Strictly. “I am ambitious to make a difference,” the actor added. “I feel like there are so many barriers out there that need to be broken. And I’m quite happy to break them up! I think I’m addicted to it now.”

Strictly Come Dancing also announced on Jan. 18 that it will be including a British Sign Language (BSL) interpreter during its upcoming tour, where Ayling-Ellis will reunite with dance partner Giovanni Pernice and the rest of the Strictly 2021 cohort, to perform across the country.

As for what’s next for the busy star, Ayling-Ellis remains optimistic for 2022. “Stay afraid, but do it anyway,” she told her fans in an Instagram post on New Year’s Eve. “What's important is the action. You don't have to wait to be confident. Just do it and eventually the confidence will follow.

“That definitely what 2021 did for me, the year of growth, discovery and surprises. I cannot wait to see what 2022 would bring.”

More like this
Turns Out George Clooney Is A Huge Fan Of This Classic British Game Show
By El Hunt
Taylor Swift & Harry Styles Had A Secret Reunion At The Grammys
By Shahed Ezaydi
Maya Jama’s Net Worth Definitely Won’t Give You The Ick
By Sophie McEvoy
Twitter Is Saying The Same Thing About Beyoncé's Renaissance World Tour
By Shahed Ezaydi
Get The Very Best Of Bustle/UK
Sign up for Bustle UK's twice-weekly newsletter, featuring the latest must-watch TV, moving personal stories, and expert advice on the hottest viral buys.