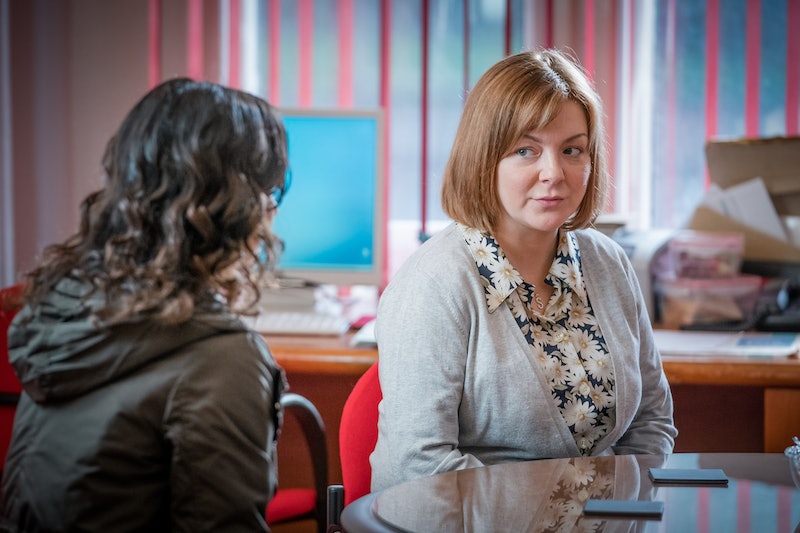 The three-part BBC drama Four Lives, airing on Jan. 3, 2022, portrays the true story of serial killer Stephen Port - also known as the Grindr Killer - played by Stephen Merchant, and the families of his victims as they fight for justice. The murders of Anthony Walgate, Gabriel Kovari, Daniel Whitworth, and Jack Taylor were subject to a lengthy and complicated investigation after their deaths were written off as not suspicious.

The writer Neil McKay, best known for The Moor Murders and Appropriate Adult, described the show as “a story not only of the consequences of that loss but also of the extraordinary courage and resilience shown by those who loved them as they sought truth and justice.”

Alongside an ensemble cast, the plight of one of the victim’s mothers, Sarah Sak played by Sheridan Smith, is explored as she uncovers the truth behind the death of her son, Anthony Walgate. Seven years after this tragedy, where is Sarah Sak now?

Since the death of her 23-year-old son in 2014, Sak was continually failed by the police as she attempted to push for an investigation into it. Speaking to The Guardian she said, “They [the police] just didn’t seem to care. To them, he was just a student who took drugs, and that’s what students do.”

“I went to my local MP. I went to my doctor and sat and cried for an hour. I was, like, nobody will listen. I didn’t know what to do, to be quite honest. I knew I was right.”

Following a concerted campaign from the families of the victims to link the deaths, Stephen Port was eventually arrested and on November 25, 2016, he was sentenced to life imprisonment. In December 2021, an inquest took place assessing the competency of the Metropolitan Police during the investigation.

The inquest found there were “failures which cannot be overlooked”, McKay told PinkNews, “Sarah Sak, the mother of [Anthony Walgate], the first young man to be murdered, she always carried enormous guilt that she’d not done more, raised more of a fuss with the police, done even more than she did.”

However, the inquest conclusion has added some reassurance to Sak, “We couldn’t have done anything. The police performance was so spectacularly bad.”

Throughout this ordeal, Sak has continued to advocate for better policing, supporting families, countering homophobia, and pushing for greater safety measures on dating apps. Now, living in Hull as a full-time facilities manager, Sak is publishing a book exploring the death of her son titled, A Life Stolen: The Tragic True Story Of My Son’s Murder.

As described by publishing company Hachette, “Sarah will tell the story of the murder of her son in full for the first time in an attempt to understand how this happened and what might have been done to prevent it.”

The book will be released on February 17, 2022 and is available for pre-order now.

More like this
'Consent' Is Not Just One Person’s Story, But Hundreds
By Shahed Ezaydi
'The Catch' Revisits A Famed Irish Filming Spot From 'The Tudors'
By Darshita Goyal
Wait, Is 'Happy Valley' Not Actually Over?
By Darshita Goyal
6 'Happy Valley' Easter Eggs You May Have Missed
By Sophie McEvoy
Get The Very Best Of Bustle/UK
Sign up for Bustle UK's twice-weekly newsletter, featuring the latest must-watch TV, moving personal stories, and expert advice on the hottest viral buys.