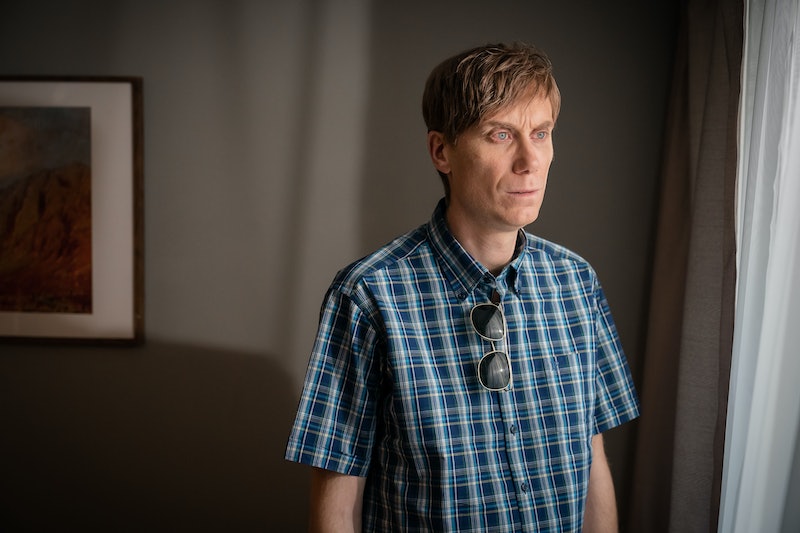 BBC factual drama Four Lives airs on Jan. 3, depicting the harrowing tale of the Grindr murders of Stephen Port between June 2014 and September 2015. The three-part series, starring Stephen Merchant and Sheridan Smith, recounts the real-life events of the murders from the perspective of the friends and family of the victims.

Port’s initial three murders were not deemed suspicious by the Metropolitan Police until the fourth took place under eerily similar circumstances. The force was accused of failing to “carry out basic checks, send evidence to be forensically examined, or exercise professional curiosity” into Port’s crimes, according to a recent inquest. This led to the loved ones of the victims to launch their own investigation into what exactly happened to Anthony Walgate, 23, Gabriel Kovari, 22, Daniel Whitworth, 21, and Jack Taylor, 25.

In 2017, the BBC aired a one-off documentary “How Police Missed the Grindr Killer” unpicking the investigation and examining the negligence of how the case was handled.

The families of the victims believe there was a major disservice by the police when investigating the murders of the young men. John Pape - a friend of Gabriel Kovari’s - claimed the police ignored information he believed linked the cases, accusing the force of "institutional homophobia”.

On Dec. 2 of this year, at an inquest for the victims at Barking Town Hall, coroner Sarah Munro QC ruled out homophobia as a cause of death, stating there was no evidence to suggest that "prejudice or homophobia or discrimination on the part of the police made any contribution to the deaths".

Named the ‘Grindr Killer’ for the way that he scouted his victims through the dating app, Port plied his victims with fatal amounts of ‘date rape’ drug GHB, before moving their bodies to local graveyards. Previous partners of Port’s told the Met that he regularly used the drug. This led the force to assume that the victims had died from non-suspicious overdoses, as drug paraphernalia was planted on them by their killer.

The police further failed to submit Port’s laptop for forensic analysis 10 months after it was seized, subsequently missing repeated searches for drug rape videos contained on the device. Anthony Walgate’s parents, who both believed their son had been murdered, called the police investigation into his death a "travesty".

Port was arrested in October 2015 on suspicion of causing the deaths of all four of his victims by administering poison. In 2016, he was given a whole-life prison sentence, which he is currently serving.

Per the Guardian, at his sentencing, Mr Justice Openshaw said: “I accept his intention was only to cause really serious harm rather than cause death but he must have known and foreseen there was a high risk of death, the more so after the death of Anthony Walgate, the first victim.”

“A significant degree of planning went into obtaining the drugs in advance and in luring the victims to his flat. Having killed them by administering an overdose, he dragged them out into the street in one case, or took them to the churchyard in the other cases, and abandoned their bodies in a manner which robbed them of their dignity, and thereby greatly increased the distress of their loving families.”

The judge said: “I have no doubt that the seriousness of the offending is so exceptionally high that the whole-life order is justified; indeed it is required. The sentence therefore upon the counts of murder is a sentence of life imprisonment. I decline to set a minimum term. The result is a whole-life sentence and the defendant will die in prison.”