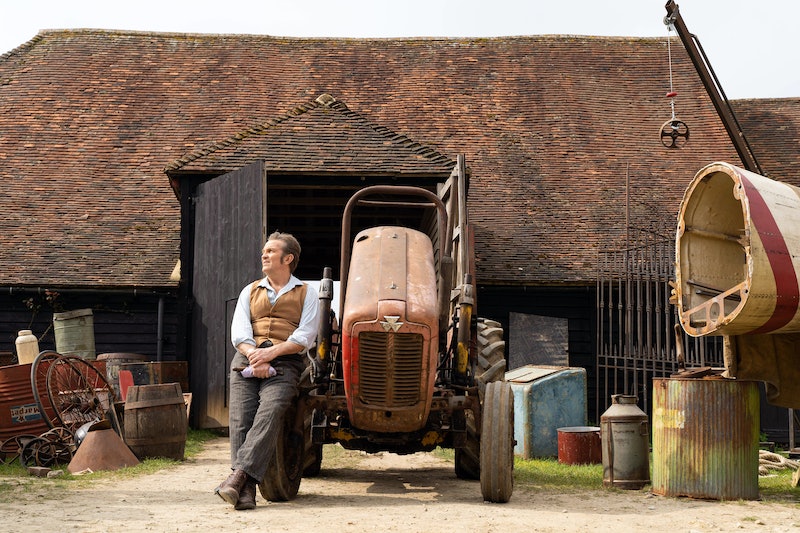 As the days get shorter and the weather gets chillier, ITV’s remake of The Darling Buds of May couldn’t have come at a better time. There’s nothing cosier than watching a family in the rural English countryside, especially when its focus is the rolling hills of Kent. But was ITV’s reboot of the beloved series, The Larkins, filmed in the same part of the English countryside?

Like the original series, filming for The Larkins took place in Kent and Surrey. However, a major difference with this adaptation is that ITV decided not to use the original cottage on Buss Farm in Pluckley. A different farm in Kent was chosen but, as the Radio Times notes, neither the broadcaster nor the producers have specified exactly which one it was So while you can visit and even stay at the original Larkins home, the new location remains under wraps.

That’s not to say there hasn’t been speculation as to where exactly the new Larkins home is. According to the Radio Times, there’s a possibility it could be Flanchford Farm in Reigate, as filming crews were spotted there in April 2021. Whereas HITC writes that Romshed Farm just outside the village of Underriver is where filming took place.

The cast and crew were also seen filming in a few shops in Faversham, which were refitted as retro shops for the 1950s period, so perhaps the farm was in that area. Walsh was seen filming at the Walpole Bay Hotel in Broadstairs, according to The Express, and the towns of Eynsford and West Peckham were used also.

What has been revealed is the challenges that the production team had on the working farm thanks to the typical English weather. “Despite everything looking fine on camera we were in and out of rain,” director Andy De Emmony told The Express. However, even with the unpredictable showers, De Emmony was taken aback by the Kent countryside. “I normally just travel through,” he said, adding that the team made the most of the sunny days. “We got drones out, the area we were in was particularly beautiful, and it went well with the period.”

While the crew did look at other locations to shot The Larkins, but executive producer Sophie Clarke-Jervoise explained that nothing could beat the so-called Garden of England. “We wanted it to be in Kent because the novels are set in Kent,” she told the Radio Times. “We wanted these lovely rolling hills farms in the background, it’s just gorgeous, we’ve been so lucky.”

Star Bradley Walsh agrees, adding that “you get an infinity with it and you get a real feel for it” being in the locations where the books take place. “I think the farm we’re working on has a good couple of hundred, three hundred acres maybe, it’s beautiful,” Walsh said.