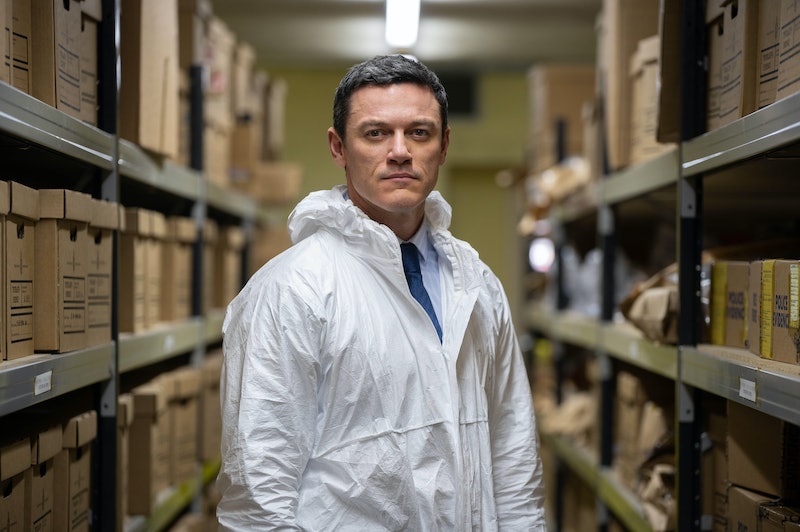 Fast & Furious and Alienist actor Luke Evans stars in ITV's upcoming true-crime series The Pembrokeshire Murders — a three-part drama covering the crimes of serial killer John Cooper. The Welsh actor plays Detective Superintendent Steve Wilkins, the officer in charge of Operation Ottawa, responsible for catching the murderer two decades on from his crime. The thrilling new series details the lengths to which the police went to capture "the most notorious killer in modern Welsh history," but where is Steve Wilkins now?

The 61-year-old is now retired but played a significant part in bringing the extraordinary story to screen. The landmark case became the subject of Wilkins' book Catching the Bullseye Killer, which the ITV show is based on. Per BBC News, Wilkins hopes viewers will see "how committed" his team was to "achieving justice."

The first crimes — when John Cooper murdered brother and sister Richard and Helen Thomas at their isolated mansion, close to Milford Haven, Pembrokeshire — took place in 1985, as per the BBC. After fatally shooting his victims, Cooper went on to set the property alight — and four years later, his murderous streak continued when he killed Peter and Gwenda Dixon on the Pembrokeshire coastal path, near Little Haven. Per ITV, both crimes were thoroughly investigated, but the killer was never caught and no one was ever charged.

However, in 2006, Wilkins decided to reinvestigate the chilling case after he returned to Dyfed-Powys Police after two years working with the National Criminal Intelligence Service. Using pioneering new forensic techniques, Wilkins and his team worked for five years to finally get the killer arrested in 2009 and then imprisoned for life in 2011. John Cooper is still in prison to this day.

The Pembrokeshire Murders will include all the unbelievable circumstances that made up the 20-year investigation — including the extraordinary fact that John Cooper (depicted by Keith Allen) appeared on the TV gameshow Bullseye in 1989, one month before he murdered again.

Wilkins, who now lives in Cheshire, has praised The Pembrokeshire Murders cast and team's "understanding, sensitivity and professionalism" in the retelling of the case. "They quickly understood that they were depicting real people, many who are still carrying the scars," he said to BBC News. He also spoke of the "surreal experience" of seeing himself portrayed on screen — by a Hollywood actor, no less.

In a statement, Wilkins joked, "I thought it would be Johnny Vegas, to be honest so I was a bit surprised! I met Luke and we went for a couple of beers and went through the investigation and everything that happened. It is a surreal experience watching someone say the exact words that you said, but he’s done a great job, as have all the actors and the rest of the team on the show."

More like this
After The Bling Ring, Nick Prugo Was Embroiled In Another Scandal
By Arya Roshanian
'Line Of Duty' Fans Might Recognise These 'Bloodlands' S2 Filming Locations
By Sophie McEvoy
Keeley Hawes Had A Very Personal Connection To 'Crossfire's Filming Location
By Sophie McEvoy
Ruth Wilson’s New Thriller Spotlights A Controversial Irish Institution
By Darshita Goyal
Get The Very Best Of Bustle/UK