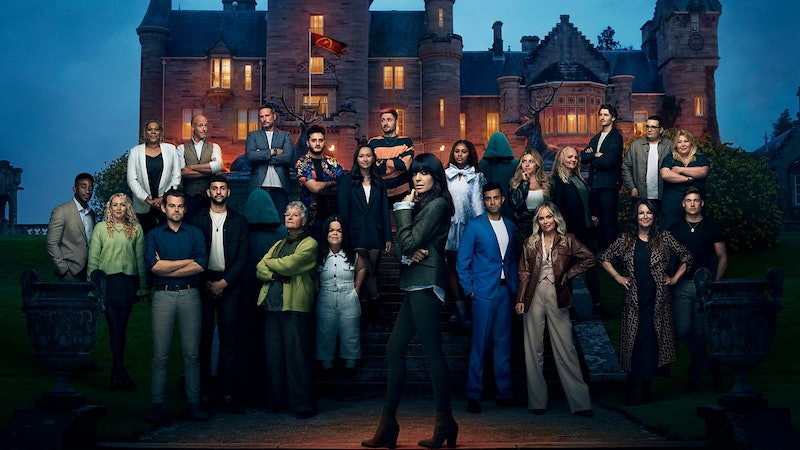 Delivering “trickery, betrayal, and backstabbing,” according to host Claudia Winkleman, BBC One’s The Traitors is probably one of the most dramatic reality shows on telly right now. Shutting away 22 strangers in a remote castle, before secretly splitting them up into Traitors and Faithfuls, each team battles to outsmart the other. While the small group of secret Traitors sneakily pick off their opponents one by one, the Faithfuls have to work together to rumble all of the hidden moles, before the end of the competition. Oh, and there’s £120,000 at stake too.

Ranging from doctors and estate agents to spa therapists and BMXers, there’s a diverse selection of contestants holed up together in TV’s creepiest castle. But the question is, where is The Traitors filmed?

Located on the site of an old hunting lodge in the Highlands, the 19th century stately building, Ardross Castle, is the home of The Traitors, providing a suitably gloomy backdrop just north of Inverness. Bought by the McTaggart family in 1983, the luxurious property is set within huge, sprawling parklands and formal gardens.

“It felt sometimes like we were in a painting if that's not too cheesy,” said Winkleman about the picturesque location. “On day two, we saw a double rainbow and everyone was like ‘oh my gosh,’ and the crew were crying, there were baby deer, there was beautiful heather, there were ancient trees, and an ancient loch. We were all taking pictures.”

“I FaceTimed my kids to say 'you've never seen anything like it, it's magical'. And then by day four, there had been another three double rainbows. I mean, by the end of the three weeks where we had seen 50 it was like I don’t care. But it’s just the most beautiful landscape.”

Unfortunately, the castle isn’t open to the general public so you won’t be able to pop in to have a look round. However, if you do fancy reenacting the competition for yourself in the show’s actual IRL setting, Ardross Castle is a fully-functioning wedding venue which can also be hired out for all sorts of different events. From team-building and meetings, to whatever your heart desires. Next party location? Sorted.

More like this
Laura Anderson Pulled The Ultimate Girl Power After Her Break-Up
By El Hunt and Megan C. Hills
'The Traitors' Is Officially Being Turned Into A Board Game
By El Hunt
Turns Out George Clooney Is A Huge Fan Of This Classic British Game Show
By El Hunt
Joey Essex Is Rumoured To Be Dating A 'Love Island' Favourite
By Sam Ramsden
Get The Very Best Of Bustle/UK
Sign up for Bustle UK's twice-weekly newsletter, featuring the latest must-watch TV, moving personal stories, and expert advice on the hottest viral buys.