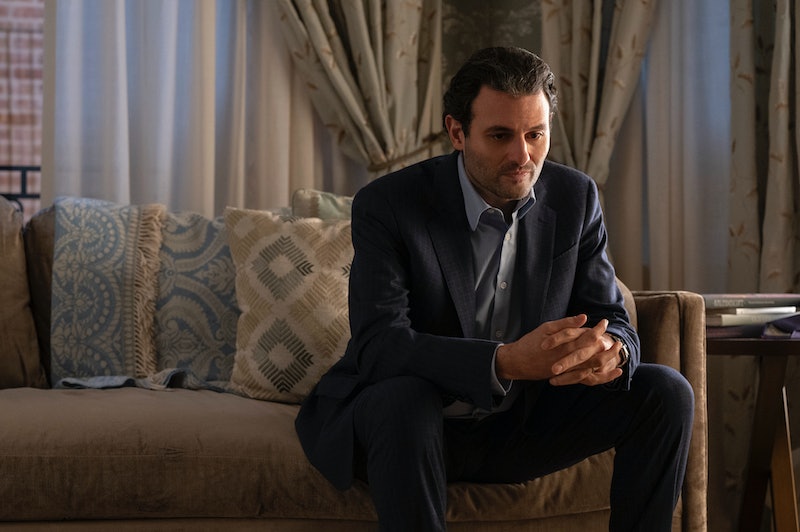 Following its breakout documentary The Tinder Swindler, Netflix is once again diving into scammer culture with Inventing Anna, a miniseries helmed by Shonda Rhimes that dramatizes the story of Anna Sorokin. The infamous “SoHo scammer” gained entry into New York’s most elite circles by claiming to be an heiress with a $67 million trust fund, using her assumed identity to defraud hotels, restaurants, banks, and one of her friends of what amounted to hundreds of thousands of dollars. (Sorokin, for her part, has maintained that she had a legitimate business plan that fell apart and didn’t intend to con anyone).

Central to Sorokin’s 2019 trial was the work of her defense attorney, Todd Spodek, who argued that the she didn’t do anything wrong and instead exploited a flawed system that was easily enticed by glamour and wealth. “Anna had every intention of doing things the right way, but she couldn’t open those doors without doing something a little bit grey to open the door,” Spodek said during the trial. “Everyone creates the version of themselves that they want the world to see... Everyone lies when it's convenient to them… and Anna did the same thing. She couldn't be 100% honest because no one would listen to her.”

During his defense, Spodek also invoked the lyrics of the classic Frank Sinatra song, “New York, New York,” and compared Sorokin to the beloved singer and actor. “Sinatra made a great new start here in New York, as did Ms. Sorokin,” Spodek argued, per The New York Times. “They both created a golden opportunity.” In an interview with Insider at the time, Spodek said he believed Sorokin’s intentions were pure. “Did she take advantage of people who wanted to believe she's a German heiress? She took advantage of the opportunity that presented itself.”

Despite Spodek’s unconventional defense, Sorokin was convicted on 8 of 10 counts (including grand larceny, attempted grand larceny, and theft of services) in May 2019. She was fined $24,000, ordered to pay just under $200,000 in restitution, and sentenced to four to 12 years in prison. However, Sorokin ultimately spent just over two years in prison, as she was released in early February 2021 due to good behavior. Just over a month later, she was jailed again — this time by ICE, due to the fact that she had overstayed her visa. Nearly one year later, Sorokin has still not been deported to Germany and remains in ICE custody as she fights to appeal her case.

Though Spodek longer represents Sorokin, his name made headlines again in January 2022 in relation to the Ghislaine Maxwell case. Spodek was retained to represent a juror, Scott David, who told The Independent that he shared his experience with sexual abuse during jury deliberations — a revelation that could call Maxwell’s conviction into question. There’s a possibility that David could face criminal allegations for committing perjury, but the juror declined the prosecutor’s offer to assign him a court-appointed attorney and instead retained Spodek as his legal representation.