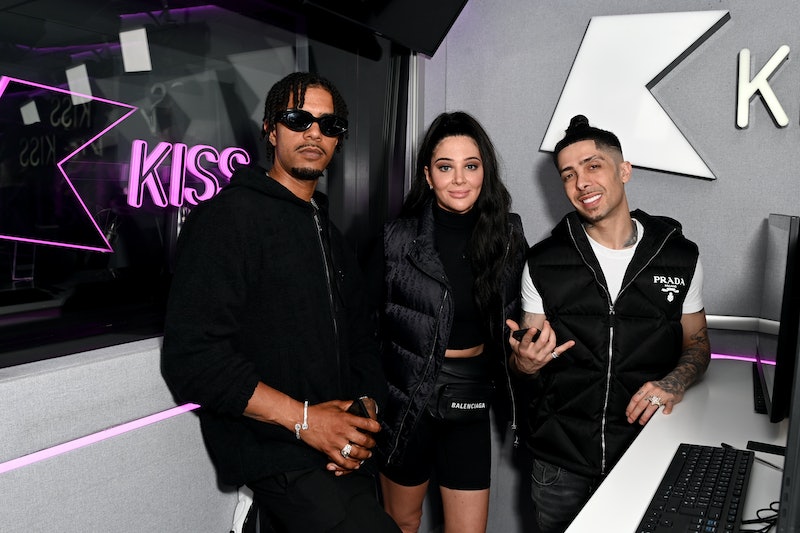 Since N-Dubz parted ways in 2011, Tulisa Contostavlos has gone on to explore other aspects of public life and has stayed pretty booked and busy. As many will recall, N-Dubz – formed by rappers Dappy (who also happens to be Tulisa’s cousin) and Fazer – were a popular British group during the ‘00s. Some of N-Dubz’s best-known hits include “I Need You”, “Ouch”, and “Love. Live. Life” – each featuring Dappy’s famous "Na na naaaaaiii" at the start of each song. And now, through quite the extravagant Instagram post, the band has announced they are reuniting once more, with new music and a UK tour slated for late 2022. But what has Tulisa Contostavlos been doing since the break up of N-Dubz? The short answer: a lot.

Hailing from Camden Town, Contostavlos has by no means been out of headlines since leaving the band. The very same year that the group separated in 2011 she swiftly moved on to become an X-Factor judge. The youngest judge on the once iconic singing show, Contostavlos mentored many contestants throughout her two years on X-Factor, including girlband Little Mix, and ended her journey as a main judge on the show in 2012.

X-Factor helped raise Contostavlos’ profile even more in the music world, as she went on to write songs for some of the top musicians in the industry, including Lady Gaga. She was listed as a songwriter on Lady Gaga’s sixth studio album, ‘Chromatica’, with the songs “Chances” and “Feels So Good”. A family affair, Dappy also joined Contostavlos to write the latter song on the album.

Speaking about working on the records at the time to ITV’s Loose Women, Contostavlos said “I’m really excited about it, that’s all I can say, but I don’t want to say too much until the album’s out because I don’t want to jinx anything”.

The songwriter also co-wrote will.i.am and Britney Spears’ hit 2003 song “Scream & Shout”, which led to Contostavlos to take will.i.am to court. After five long years, she won the legal battle in 2018 and was officially credited as a writer on “Scream & Shout.” In the process taking home 10% of the world wide publishing rights and income for the record, per Metro. Contostavlos also saw some solo success as a singer, with ‘‘Young’’, her chart-topping single from her solo album The Female Boss, released in 2012.

After 11 years apart, Contostavlos and her N-Dubz bandmates announced their plans to reunite. The trio posted on their group Instagram account a video of all three of them jumping out of a helicopter, in what seems like it could be a snippet of a new music video. Sneak peeks of Dappy’s vocals and Contostavlos’ iconic “huh-huh” dance over a melodic beat in the 40-second clip, culminating in text: “N.Dubz- Charmer 19.5.22.”

N-Dubz will also be touring the UK from Nov. 7, appearing at some of the UK’s biggest venues, including London’s O2 Arena. Tickets for the NDubz tour will be available to purchase from May 20.