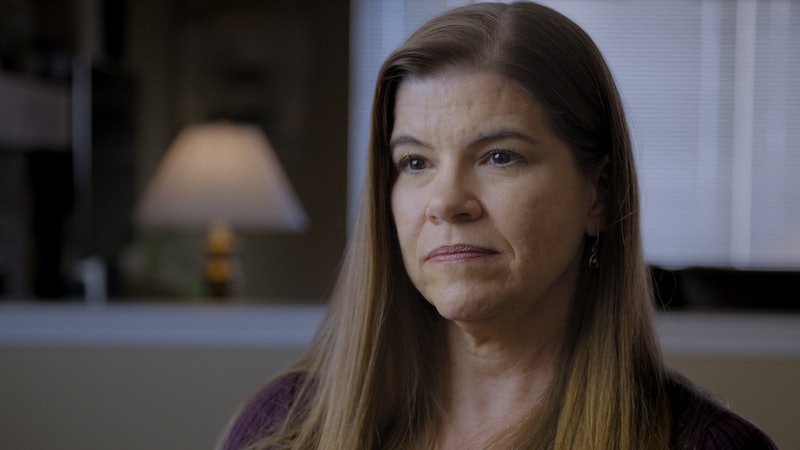 Netflix’s new documentary Pray Away examines LGBTQ+ conversion therapy — specifically how the now-defunct organization Exodus International once advocated for the controversial practice. Exodus International dissolved in 2013 after its primary leaders came out against conversion therapy, saying it does much more harm than good. Though some remain steadfast in their original mission, many of Exodus’ onetime leaders have now reformed their views, like Yvette Cantu Schneider.

Conversion therapy is defined as “an attempt to change a person’s sexual orientation or gender identity by a religious leader, licensed counselor, or in peer support groups.” According to Pray Away, approximately 700,000 Americans have gone through some form of conversion therapy. Cantu Schneider, one of the documentary’s subjects, was a self-proclaimed “ex-lesbian” who advocated for anti-LGBTQ+ legislation in the United States. She has since reversed her stance, and is still haunted by the destruction she caused as a lobbyist.

“I absolutely thought that what we were doing was right,” Cantu Schneider says in Pray Away. “But all it does is crush souls … All it does is damage.”

How did one of the biggest figures in anti-gay policy eventually renounce their platform? Below is an outline of Cantu Schneider’s career, from her early career at Family Research Council to her time one of the faces of the “ex-gay” movement, to how she came to reject the harmful rhetoric that enveloped her life for years.

She was handpicked to be the spokesperson for Family Research Council.

As she says in Pray Away, Cantu Schneider joined the church at 27 years old as a result of harmful propaganda during the AIDS crisis. She took much of what was taught by the church literally, and felt a need to “perform,” or preach outwardly and loudly, to be taken seriously as a Christian leader. In 1994, she delivered a speech in Laguna Hills, California to an anti-LGBTQ+ audience, after which she was asked to join the Family Research Council — a prominent Christian-rights organization based in Washington, D.C. — as a policy analyst. She soon became one of the major faces of the “ex-gay” movement. In 2001, she went on to run another Christian-based organization called the Grace Christian Fellowship.

She joined Exodus International in 2008.

Cantu Schneider was brought on as the Director of Women’s Ministries for Exodus International in 2008, in tandem with that year’s election. She had a direct hand in promoting California’s Proposition 8, which would define marriage as a union solely between one man and woman in the state. She based her platform on the “slippery slope argument,” which asserted that gay marriage would encourage other types of marriages. In a television appearance that year, she said that “pedophiles would be allowed to marry six-year-olds,” and humans would be able to marry animals, if Prop 8 didn’t pass. Cantu Schneider believes the church’s involvement is what helped the proposition pass. (The legislation would later be overturned.)

She penned a memoir about her experience.

After Prop 8 passed, Cantu Schneider began experiencing severe anxiety attacks before speaking events with Exodus International. In Pray Away, she states that after a therapist told her she was exhibiting symptoms akin to PTSD, she began re-examining the work she’d been doing for over a decade. All of this is (and more) is detailed in her 2014 memoir Never Not Broken: A Journey of Unbridled Transformation, in which she writes about the experiences that led her to denounce anti-LGBTQ+ rhetoric.

She now identifies as an “ex-ex-gay.”

Cantu Schneider currently lives in Reno, Nevada with her husband and two teenage children. As of 2021, the self-proclaimed “ex-ex-gay” identifies as bisexual. She is also a graduate of the GLAAD Media Institute, which imparts skills to those advocating for LGBTQ+ rights.