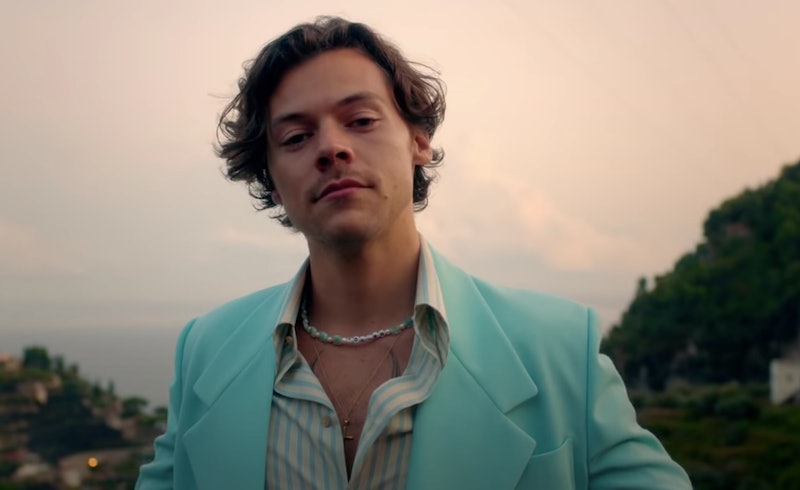 Turns out my Italian intuition was right, as Styles filmed the video on Italy's Amalfi Coast, per Rolling Stone. More specifically, "Golden" was shot in the tourist resort torn of Maiori, which is home to the largest stretch of beach on the Amalfi Coast, according to tourist site Summer in Italy. Styles was seen filming in the area back in September, with a TikTok video showing the singer driving a classic Alfa Romeo car down Amalfi drive, which runs along the entire coastline and passes through Maiori.

Founded in Roman times, the town of Maiori sits at the mouth of the Reginna Maior river, which overflowed in 1954 and destroyed the majority of its ancient buildings, per Summer in Italy. The town was almost completely rebuilt, but the Collegiate Church of Santa Maria a Mare remained intact which dates back to the 13th century. The town is also the start and end point on the Path of Lemons, which is also featured in the music video.

Another path Styles can be seen running down is the Valle dei Mulini Hike (per Elite Daily), which is "one of the easiest hikes on the Amalfi Coast" per tourist site 10 Adventures. The trial is surrounded by old buildings, lemon trees, and waterfalls. Absolute heaven.

So once travel has returned to 'normality,' I think Mairoi is going to see a rather large influx of visitors running up and down Amalfi Drive. Or maybe even before that. I mean, come on, this location is definitely worth the two weeks in quarantine.