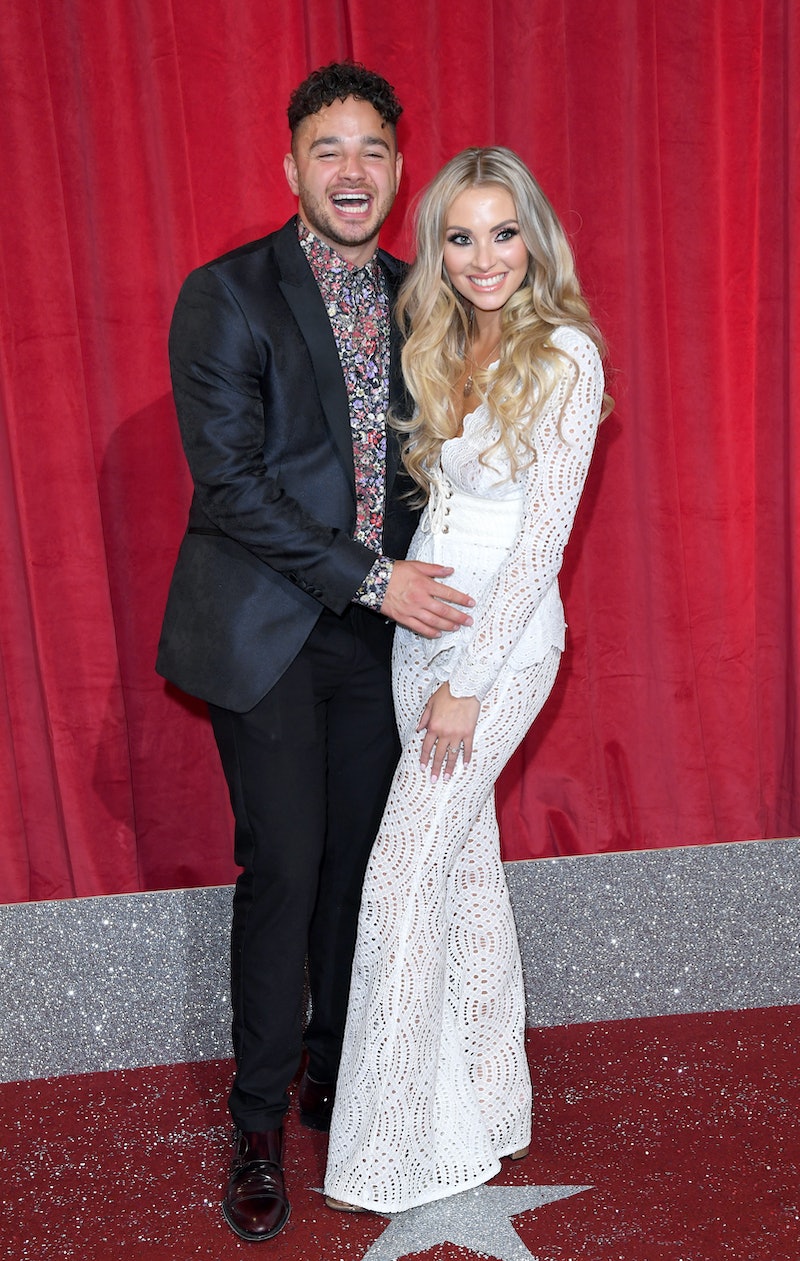 If you’re a millennial who grew up watching CBBC, there’s a good chance that you’ll know Emmerdale actor and I’m A Celeb… finalist Adam Thomas best as the loveable Donte Charles. The resident badboy of Waterloo Road, Donte faced a great deal of hardship during his time at telly’s most dramatic secondary school, but ultimately he stepped up and stayed loyal to his childhood sweetheart Chlo Grainger through thick and thin. As the much-loved show returns to our screens for the first time in seven years, many fans might be wondering about the lives of the actors off-screen. Thomas has stayed in his own long-term relationship since the original Waterloo Road days, but who is the 34-year-old actor dating?

As Adam revealed last year in a hilarious anniversary photo, he and his now-wife Caroline (Daly, now Thomas) first met back in 2007, when he was a fresh-faced 19-year-old and still regularly sporting a leather jacket to play Donte. A trained dancer, Caroline runs the ABCD dance school in Altrincham, Manchester — and even put together a surprise routine for the couple’s wedding in 2017.

In 2017, a decade after first meeting, the pair got hitched in Cheshire at Take That star Gary Barlow’s former home, with their first child Teddy (born in 2014) in attendance. In 2018, the couple welcomed their daughter Elsie-Rose to the family.

The family frequently share adorable photos and glimpses into everyday life on Instagram and post regularly about decorating and renovating their home in Manchester over at @ourthomashome. The couple originally moved into the house while the were in the process of planning their wedding, but the arrival of their youngest Elsie-Rose somewhat delayed the DIY efforts.

The couple often trade light-hearted banter online, too. Just recently (Dec. 15), Adam told fans about chucking his wife into the snow during their family holiday to Finland. Wholesome and funny, a winning combo for sure.

More like this
Adam Ali Hopes 'Waterloo Road' Will “Subvert” Queer Misconceptions
By Sam Ramsden
Gemma Atkinson & Gorka Márquez Are Strictly The Sweetest Couple
By El Hunt
Mollie Gallagher Has A Deeply Personal Reason For Taking Up Skating
By Maxine Harrison
Everything To Know About The 'Daisy Jones & The Six' TV Series
By Maxine Harrison and Brad Witter
Get The Very Best Of Bustle/UK
Sign up for Bustle UK's twice-weekly newsletter, featuring the latest must-watch TV, moving personal stories, and expert advice on the hottest viral buys.