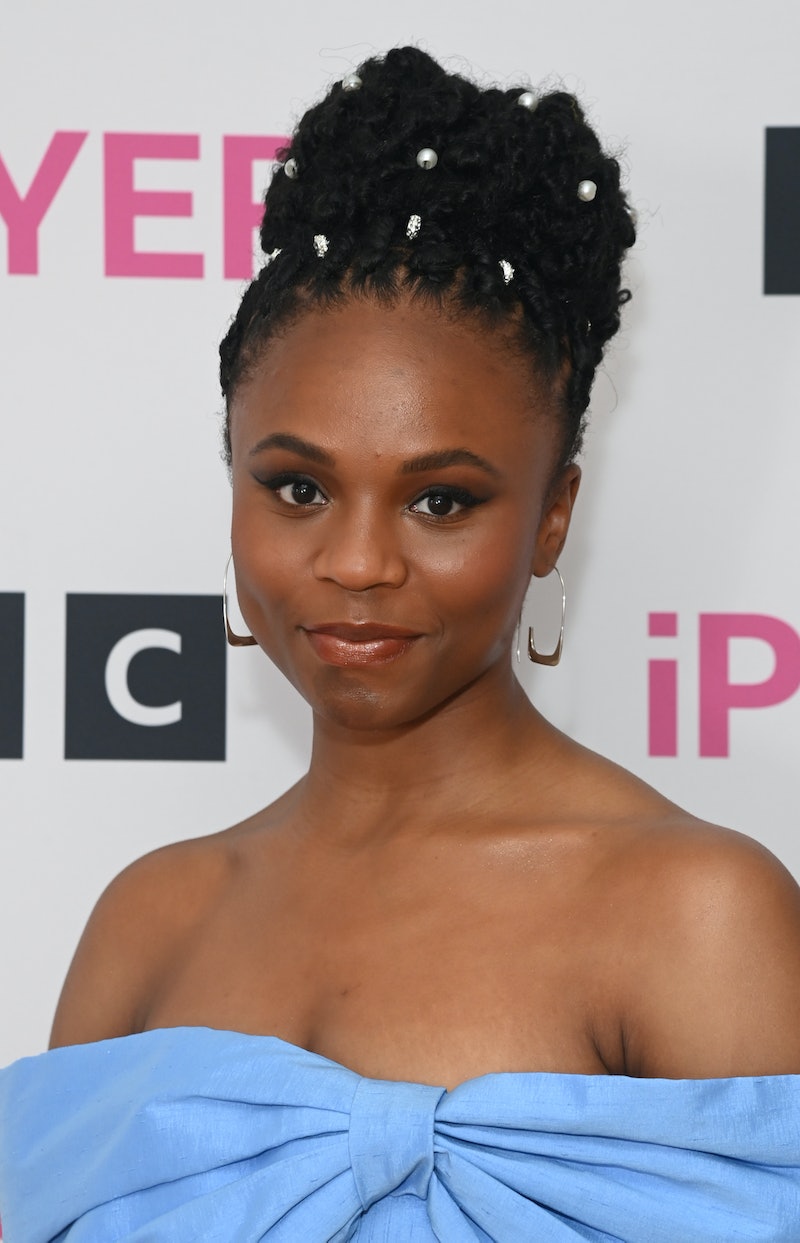 The BBC’s adaptation of Dolly Alderton’s Everything I Know About Love features a star-studded cast, including the likes of Pistol and The Witcher’s Emma Appleton and The King of Staten Island’s Bel Powley. But the series also features some new faces, one of which being Aliyah Odoffin, who plays the “spontaneous” and “incredibly fun” Amara. But who is Aliyah Odoffin, and how does she feel about starring in one of most anticipated adaptations of 2022?

Odoffin attended the Identity School of Acting (IDSA) and Sue Nieto Theatre School (SNTS) before studying at the Royal Academy of Dramatic Art (RADA) in 2018. After three years at the prestigious drama school, Odoffin graduated with a BA in Acting Degree in 2021, having honed her skills in productions of King Lear, The Seagull, Spring Awakening, and The Twelfth Night.

Stepping out of drama school is a daunting task, but soon Odoffin was working on Everything I Know About Love with Emma Appleton, Bel Powley, and Marli Siu. “It was the nicest group of people to fall into after coming out of drama school,” the actor said, alongside Siu, on the BBC Breakfast sofa. “You worry if it’s going to OK and if anything’s gonna feel awkward or you’re going to feel unsure. But as soon as I was in that room with all those people it was like, ‘Oh now, I’m meant to be here.’” Odoffin also found great strength in Dolly Alderton, the series creator and writer. “Dolly’s so cool, she’s an amazing writer,” she told the BBC. “Her writing is so witty, authentic, and natural.”

Despite only playing Amara for a short time, Odoffin learned a lot about herself during the process of shooting Everything I Know About Love. “It taught me more about friendship. It’s not easy making friends, so when you do, you want to latch onto them for dear life,” the actor explained. “Friendships like that take work to maintain, they aren’t easy as you grow in life, thinks change... more than anything, it’s taught me a lot about the complexities of friendships and the rarity of the good ones.”

Odoffin also learned that love is having to adapt to “constant change”, as she explained to Red magazine. “That’s something I really saw in the show, that as somebody grows and shows you different parts of themselves, you can still find ways in which to love and hold them throughout. Love finds the beauty in every shape and the person opposite shows them.”

More like this
Helena Bonham Carter Doesn't Think 'The Crown' “Should Carry On"
By Sam Ramsden
'Abbott Elementary' Fans Probably Missed This 'Parent Trap' Easter Egg
By Sam Ramsden
Adam Ali Hopes 'Waterloo Road' Will “Subvert” Queer Misconceptions
By Sam Ramsden
Yes, 'The Price Of Glee' Is Available To Watch In The UK
By Catharina Cheung
Get The Very Best Of Bustle/UK
Sign up for Bustle UK's twice-weekly newsletter, featuring the latest must-watch TV, moving personal stories, and expert advice on the hottest viral buys.