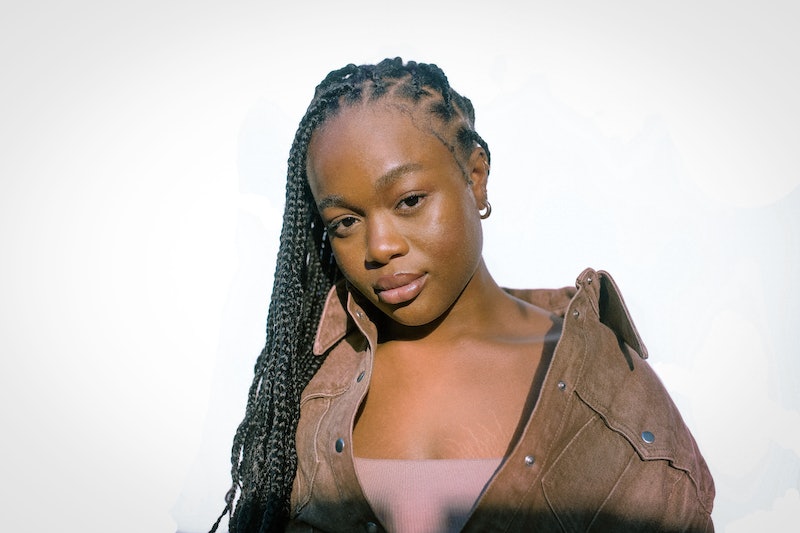 Sarah Gavron's coming-of-age drama Rocks tells the story of London teen Olushola "Rocks" Omotoso, who, along with her younger brother, is forced to fend for herself after being abandoned by her troubled mother. Bukky Bakray stars in the drama's titular role, and has earned the young actor a nomination for this year's BAFTA Rising Star. But, who is Bukky Bakray?

Per Harpers Bazaar, Bukky Bakray is a British actor from Hackney. At 17, she is the youngest nominee in the BAFTA Rising Star nominations, which also include Conrad Khan, Kingsley Ben-Adir, Morfydd Clark, and Ṣọpẹ́ Dìrísù. Previous winners include Micheal Ward, James McAvoy, John Boyega, Letitia Wright, Kristen Stewart and Daniel Kaluuya. The winner will be announced at the BAFTA Film Awards ceremony on April 11.

Rocks was Bakray's first-ever role. Prior to being cast, Bakray had no acting experience. She was scouted for the film by Suffragette director Gavron, who had searched for the cast of Rocks within the secondary schools of East London.

The teenager told the BBC that she had always dreamed of becoming an actor, inspired by watching Denzel Washington in 2001's Training Day, for which he won an Oscar. But with her siblings working in healthcare, she says she just presumed she would "go to university, get a job, do the nine to five thing. I was just going to stick with what I know."

However, after Rocks, she changed her mind. "Now that I am in the industry, it seems so silly to think a career in the arts is taking a risk when everything in life is," she says.

Speaking to Refinery29 about her Rising Star Award nomination, Bakray said: "I can't articulate the feeling because I've never felt like this before. I guess I just feel blessed but blessed doesn't cut it, I feel lifted."

She heard the news through her agent, who told her while she was in a cab, returning home from a COVID test. "I was like, 'What are you lot saying?' I was flabbergasted and shocked," she said. "That feeling is crazy. I'm gassed about the awards but I'm not fussed about it because I know who has won it previously and has been nominated in the past. That feeling of being on the same pedestal as Letitia Wright is crazy."

Rocks was released during the London Film Festival in 2019 and made its worldwide debut at the Toronto International Film festival (TIFF), Screen Daily reports. In 2020, the Rocks lead was named a BAFTA Breakthrough Talent of 2020, which aims to celebrate the achievements of 34 rising talents within film, television, and gaming in the U.S. and UK.

In the film, Bakray portrays the lead character of Olushola (aka Rocks), a British-Nigerian schoolgirl who is abandoned by her struggling single mother and left to take care of herself and her younger brother, Emmanuel, whilst avoiding the authorities with the assistance of friends, iNews reports.

Bakray's next feature film is set to be Self-Charm, about a young girl struggling with self-harming issues.