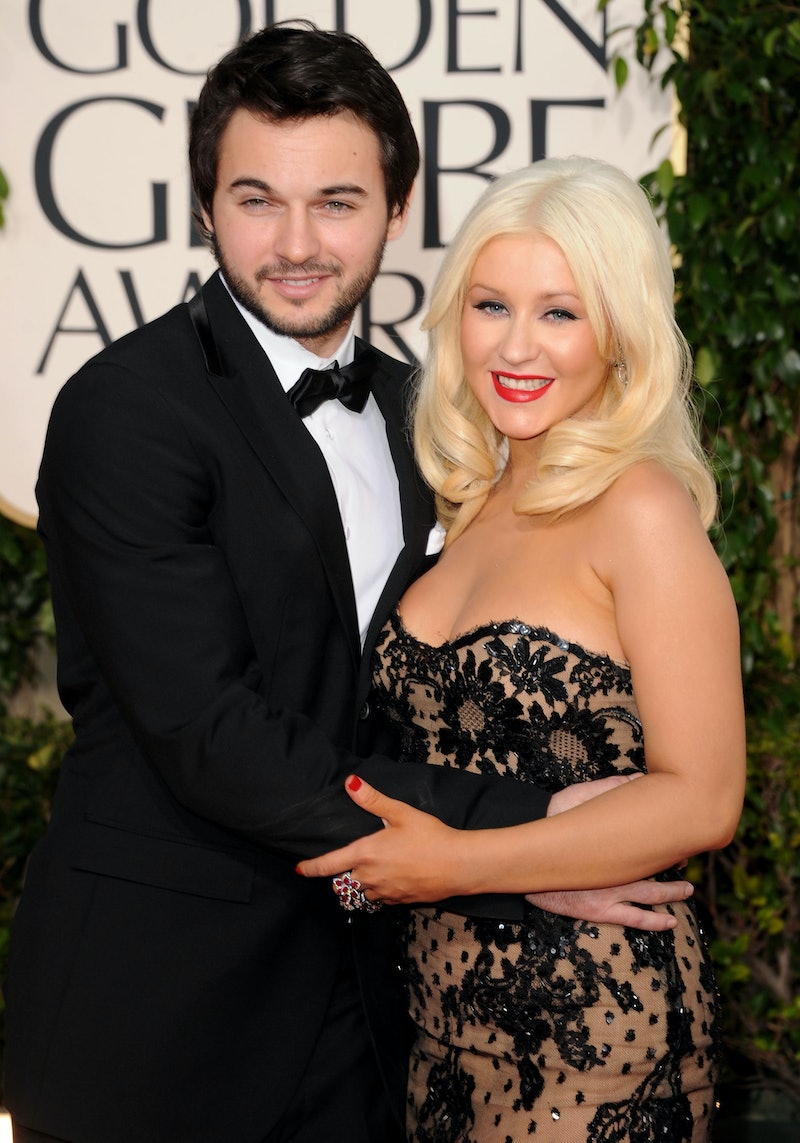 In addition to being a genie in a bottle, Christina Aguilera is the mother of an alarmingly perfect-looking baby. The OG bubblegum pop star showed off her daughter Summer Rain in a People magazine editorial to which people responded with the following question: is that shockingly happy baby real? Perhaps Aguilera and her beau's genes form a magical cocktail that results in naturally-airbrushed progeny. So, I must ask: who is Christina Aguilera's fiancé Matt Rutler? Well, he's a surprisingly typical dude who has captured the heart of a diva.

Rutler, 29, and Aguilera, 34, met back in 2010, when Aguilera was going through a divorce with her ex-husband Jordan Bratman. He popped the question in February 2014 after the two dated for four years. Aguilera has son from her former marriage, Max Liron, who is 6, and back in August, Aguilera and Rutler welcomed Summer Rain. It seems like they're a pretty jolly family, and the next step on their list is getting hitched.

Rutler is credited as "miscellaneous crew" for 15 projects between the years of 2009 and 2011, according to his IMDb page. Amongst the myriad titles for which he's listed as a production assistant are: The Social Network, The Town, Grown Ups, The Proposal, and Just Go With It. Incidentally, Rutler and Aguilera met on the set of Burlesque while he was working as PA, and she was, well, the star. I'm guessing the whole upstairs — downstairs thing was a turn-on.

I unearthed a video of Rutler talking about his duties in the assistant directing department on set of the 2009 film The Lightkeepers. He sure knows a whole lot about coordinating film set logistics...

Like many young American males, he also plays Sublime-esque rock! His IMDb bio lists him as the guitarist for the Nate Mott Band. Check out the following music video, in which he plays guitar in fatigues.

In short, he's kind of a normal American dude who dabbles in the creative industries, grows a beard, and makes the occasional Jackass-esque video of himself and his friends horsing around. Case in point, here he is roughhousing with his friends in a pool. Also, Aguilera's little boy Max is there. PLEASE BE CAREFUL, GUYS!!

Given the fact that he's a twenty-something guitarist/production assistant, I'm not exactly sure how he afforded a Rock of Gibraltar to put on X-Tina's finger, but I guess we'll just roll with it?

He just managed to fall into this fairy tale life, engaged to a pop star whom he probably had a BIG old crush on in his TRL-watching adolescence.

And let's be real. He probably fantasized about marrying her, and having her serenade him with an intimate rendition of 'What a Girl Wants" at their wedding. In short, he most likely wanted to be the guy in this video.

Some dreams really do come true!

More like this
Olivia Rodrigo Manifested Finally Meeting Demi Lovato
By Jake Viswanath
The Jonas Brothers' New Album Has A Very Meta Name
By Alyssa Lapid
The Spice Girls Are Set To Reunite At King Charles III’s Coronation
By Sam Ramsden
Cruz Beckham Teased New Music With An Adorable Nod To Mom Victoria Beckham
By Stephanie Topacio Long
Get Even More From Bustle — Sign Up For The Newsletter
From hair trends to relationship advice, our daily newsletter has everything you need to sound like a person who’s on TikTok, even if you aren’t.