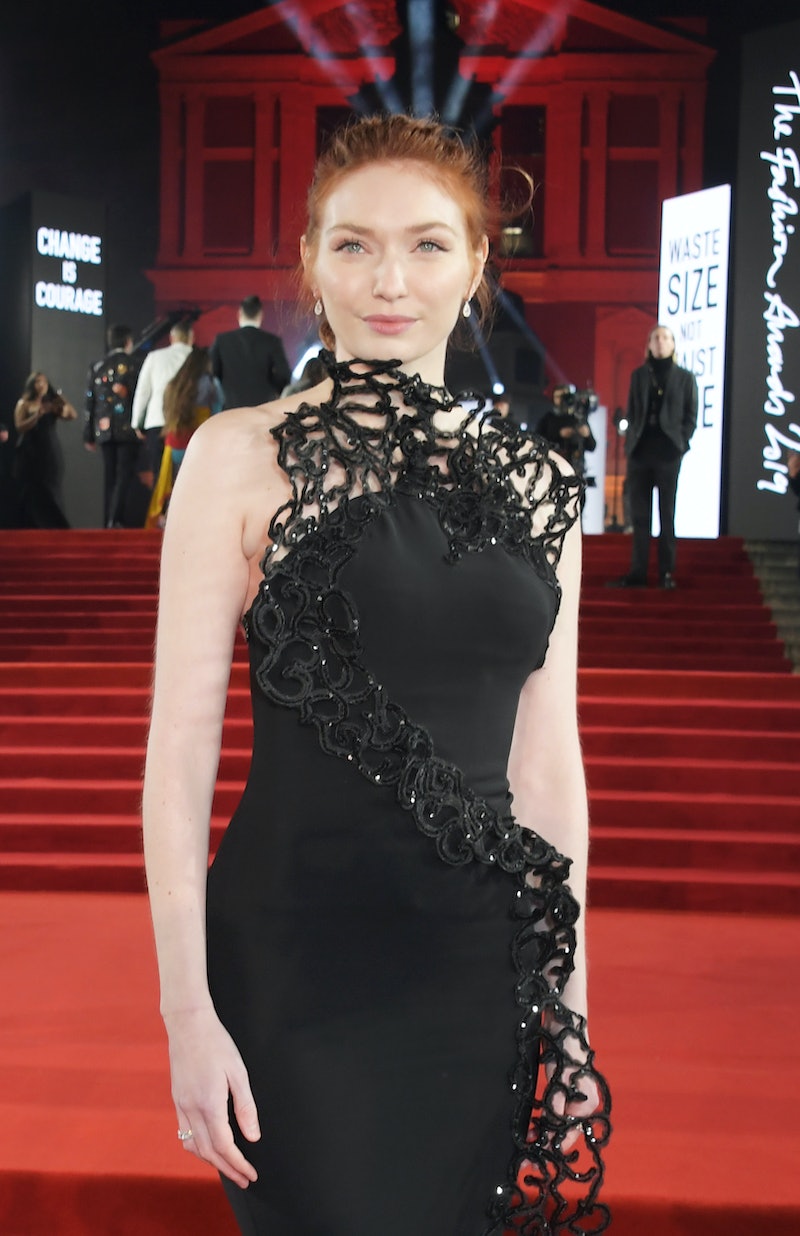 Fans probably know her best as Demelza in BBC’s Poldark. Or, if we’re really throwing it back, for her role in the classic coming-of-age film, Angus, Thongs and Perfect Snogging. More recently, Eleanor Tomlinson starred in the BBC’s The Outlaws. Penned by Stephen Merchant, the comic crime thriller follows seven strangers forced to complete a community service sentence in Bristol. Tomlinson plays Gabby, a rich influencer stumbling her way through life. But, what is there to know about the actor’s life off-screen, and who is Tomlinson dating?

Tomlinson’s relationship status is a bit of a mystery at present. In February 2020, the actor went Instagram official with rugby player Will Owen, by sharing a Valentine Day’s snap. Later that year, she told the Overrated Everything podcast about her experience isolating with Owen’s family in Coventry during the pandemic. She said, “We’re just having a real laugh. Just sitting out in the garden doing a lot of drinking.”

Speaking to The Sun in May 2020, a source revealed that the pair had been “seeing each other for quite a few months” and were “absolutely ­smitten.” The insider continued, “She took her time, didn’t rush into anything and she really thinks things can go far with Will who is a proper man’s man.”

But since then the pair have not shared any pictures together on social media and Tomlinson’s Valentine’s Day post has been taken down. The actor has made no public statement about a split, so it’s not exactly clear if she is still with Owen.

However, per the Daily Mail, Tomlinson was spotted wearing a dazzling diamond ring while shopping in London in November 2021, sparking rumours that she and Owen might be engaged. Adding to the speculation was another sighting of the actor at a friend’s wedding, that she attended alongside Owen and was wearing the same ring.

As stated, Tomlinson is probably best known to British viewers for her role in the BBC period drama Poldark. She starred alongside Aidan Turner who played the titular character. While some viewers were quietly rooting for the chemistry with her on-screen husband, Turner, to translate off-screen, it was actually his stunt double that caught her eye. Tomlinson began dating Ben Atkinson in 2015 but they called it quits in June 2017.

While there’s never been any romantic connection between Tomlinson and Turner, they became good friends during their time on Poldark. In an interview with Harper’s Bazaar UK in 2019, Tomlinson spoke about their bond, “There’s a lot of love between us and a lot of respect. I’ve spent every day for six months with him for the past five years… you do form this bond. We’ve been each other’s support network and that shows. We have a real commitment to each other. We lean on each other to get through it.”

Although Turner has been vocal about avoiding dating a co-star, telling the Irish Mail on Sunday, “There's nothing like going out with somebody who doesn't even care what you're doing, let alone have anything to say about it”, Tomlinson doesn’t seem to share the same view. Between June 2017 and June 2018, Tomlinson struck up a romance with Poldark co-star Harry Richardson, who played Drake Carne.

She also previously dated her Angus, Thongs and Perfect Snogging co-star Sean Bourk back in 2008.

More like this
Joey Essex Is Rumoured To Be Dating A 'Love Island' Favourite
By Sam Ramsden
Gemma Atkinson & Gorka Márquez Are Strictly The Sweetest Couple
By El Hunt
Vanessa Bauer Is Reportedly Dating Her 'Dancing On Ice' Partner
By Darshita Goyal
4 Surprising Celeb Throuples That Got The Internet Talking
By Sophie McEvoy
Get The Very Best Of Bustle/UK
Sign up for Bustle UK's twice-weekly newsletter, featuring the latest must-watch TV, moving personal stories, and expert advice on the hottest viral buys.

This article was originally published on Oct. 30, 2021