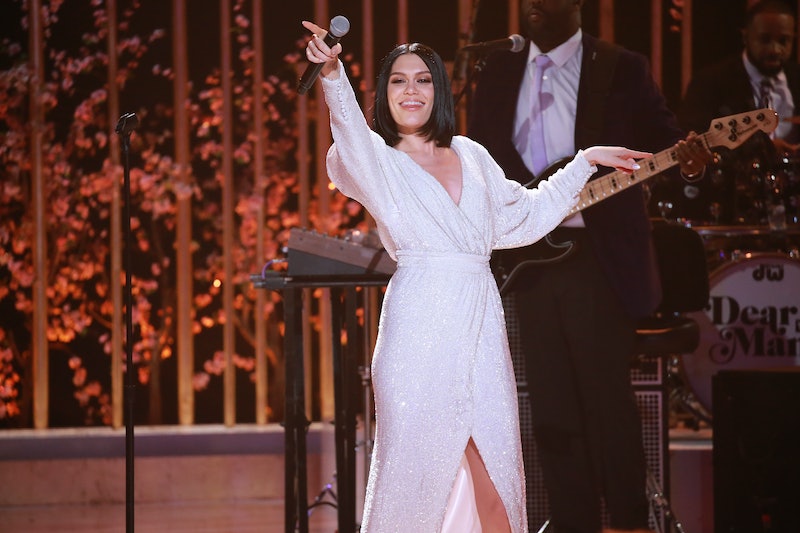 British pop star Jessie J seems to have found love again, if her Instagram shots and paparazzi snaps are anything to go by. (And no, it isn’t with Channing Tatum.) The new man in her life? Chanan Safir Colman, a pro basketball player she’s been spotted with on Richard Branson’s Necker Island in the Caribbean, and in LA of late. But who is Chanan Safir Colman and what do we know about who Jessie J is dating now?

A Danish-Israeli professional basketball player, Chanan Safir Colman plays for Hapoel Haifa of the Israel Basketball Premier League. According to the Sun, Jessie J was introduced to Colman by friends towards the end of 2021, shortly after breaking up with Max Pham Nguyen, her dancer boyfriend.

Per Metro, she and Max Pham Nguyen end of that relationship before Oct. 2021. During an early-morning Instagram Q&A with fans, she explained that “Max and I have been just friends for a while now.” Adding, “Nothing dramatic happened. Please don’t over react. He is an amazing man. We both have so much respect and love for each other. It just wasn’t right romantically. So we decided just friends it is.”

Jessie J famously dated Channing Tatum prior to that. They were an item for (on and off) two years, but called it quits in 2020.

Back to Chanan Safir Colman, though: the pair first sparked romance rumours in March 2022, when they were spotted at Richard Branson’s Necker Island in the Caribbean, as previously stated. According to reports at the time, she was performing at a wedding in the Caribbean at the weekend and flew Colman out with her for a bit of a break.

Coman played for the likes of Finland, Israel, and Demark, and was named the Finnish League Final’s MVP in 2006 and the Danish League’s MVP in 2012. While he has yet to post any pictures of Jessie J on his Intragram, we’ll be keeping a watchful eye. Bustle has reached out to Jessie J's rep for comment, too.

According to an unnamed source cited by The Sun: “Jessie and Chanan clearly like each other and they’ve been getting to know each other for quite a few months. She feels blessed to have Chanan in her life because they get on really well. They are just seeing what happens but as far as her friends are concerned, things are looking good for them as a couple.” The Daily Mail has since ran images of the couple kissing in Los Angeles.

As previously stated, the end of 2021, the ‘Bang Bang’ singer spoke publicly about her experience of a miscarriage, and was candid about how she had been struggling with the loss. She was told her baby “no longer had a heartbeat” at her third scan, as per the Independent, describing her sadness as “overwhelming.” She added that “to get pregnant was a miracle in itself and an experience I will never forget and I know I will have again.”