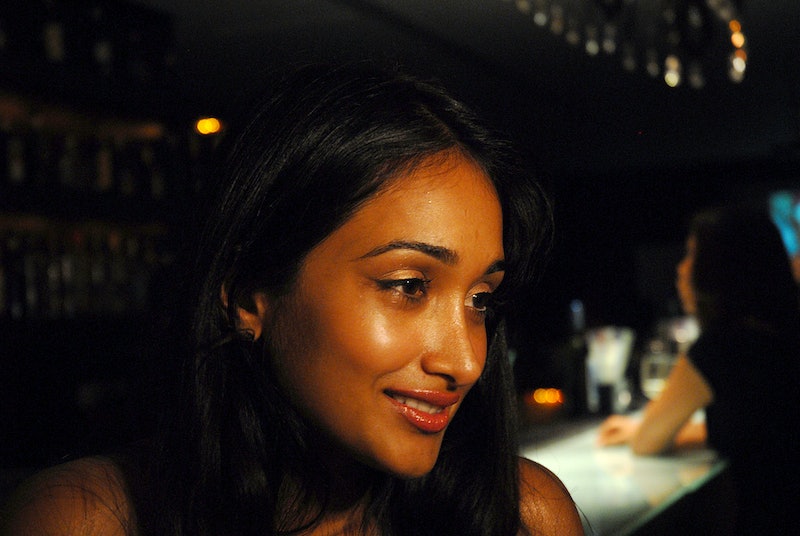 Trigger warning: This article contains references to suicide that some readers may find disturbing.

On January 11, BBC Two will launch a new three part documentary that looks into the death of Bollywood actor Jiah Khan. The star was found dead in her home in Mumbai in 2013 and, while police ruled that her cause of death was suicide, her family believe there are mysterious circumstances surrounding her case that need to be investigated further. So, who was Jiah Khan, and what do viewers need to know about her ahead of the series' premiere?

Khan was born in 1988 in New York. However, she didn’t stay in the states as she moved to London for school. She was raised by her mother, Rabbiya, who was also a Hindi film actress and Khan followed in her mother's footsteps. She moved back to New York to study at the Lee Strasberg Theatre & Film Institute in Manhattan before going to Mumbai to pursue a career in Bollywood films.

Khan got her first big break in 2007, acting opposite Amitabh Bachchan in Nishabd (which translates to Speechless). At the time, columnist Shobhaa De wrote of Khan's performance, “In the closed, incestuous world of Bollywood a better debut would be hard to find," (via the Guardian). Filmmaker Ram Gopal Varma later tweeted: "Never ever seen a debutante actress with more spunk and more spirit than Jiah when I was directing her in Nishabd." Khan received high praise for her part and was nominated for a Filmfare Best Female Debut Award.

After Nishabd, Khan took on the role of Sunita in Ghajini in 2008 and in 2010 she played Devika in Housefull. Speaking about her daughter's career to the Guardian, Rabbiya said, “I always told her success is fine, but don’t get too caught up in it.”

On June 3, 2013, news broke that Khan had died at her home in Mumbai. She was 25 years old and had three roles in the pipeline at the time of her death.

It’s been reported that her mother and sister weren’t at home at the time but, when her mother returned to the flat, she discovered her daughter's body. The police ruled that Khan's death was suicide but her family have always rejected this conclusion. A few days after her death, a letter written by Khan was discovered that appeared to implicate her boyfriend, fellow actor Sooraj Pancholi, in her death.

In Death In Bollywood, the BBC will look at the events before and after Khan's death and try to untangle the complicated truth.

More like this
Holly Willoughby & Phillip Schofield #Queuegate Drama, Explained
By Sophie McEvoy
There’s A Brand New 'Drag Race' Spin-Off In The Works
By Sam Ramsden
'Love Island's Ekin-Su Has Signed Up For 'Dancing On Ice'
By Darshita Goyal
How To Get Tickets To 'Strictly Come Dancing's Live Tour
By Sophie McEvoy
Get The Very Best Of Bustle/UK