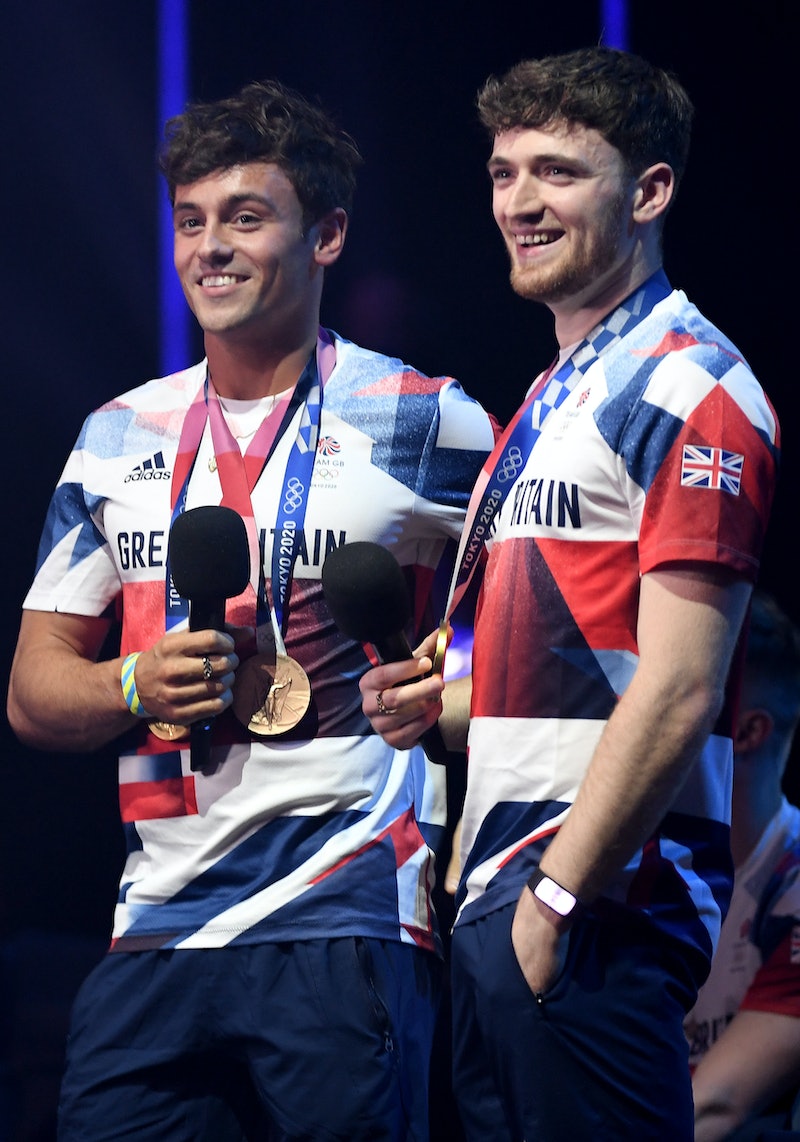 It’s a big year for Olympic Diver Matty Lee. After taking home a gold medal alongside GB teammate Tom Daley for the men’s synchronised 10m dive at the Tokyo 2021 Olympics, Lee has been announced as one of ten campers heading for this year’s I’m A Celebrity Get Me Out Of Here.

The champion diver will be settling into Gwrych Castle as the ITV reality series returns to Wales this month. As the 23-year-old athlete prepares for bushtucker trials and campsite living over the next few months, some may wonder who will be cheering Lee on at home – is there a special someone waiting for him on the outside?

From the looks of the Lee’s social media pages, the diver – who is originally from Leeds – prefers to keep much of his dating life private, opting to post professional photos from the diving board.

Still, one relationship he’s happy to shout about is his friendship with Olympic diving partner Tom Daley, who he had been training alongside three years prior to their Olympic win.

“I feel like we can both be exactly who we are. It was very quick, our friendship,” he explained. “Obviously, Tom knew I was moving my whole life to London and stuff, so he very much took me under his wing.”

He added that Daley helped introduce him to new people, saying “I was quite shy, and not very good at talking to people I don’t know.”

On Instagram, Daley recently showed his support for Lee’s solo adventure by sharing a photo of him in his I’m A Celeb uniform with the caption #TeamMatty. And it turns out that the diving duo are so close that Lee broke ITV’s rule and told Daley about his upcoming I’m A Celeb stint before it was officially announced.

“When I told Tom, he was in shock too! He is so excited for me and he has always been so supportive and helped me a lot over the past three years,” he said, per The Sun, adding “He gives me advice about anything whether it is relationships or whatever – I always ask Tom.”

He added: “Nothing ever prepares you for what life will be like after you do well in the Olympics. I was and still am mainly in shock that I am doing I’m A Celebrity. My two childhood dreams were to win an Olympic medal and take part in my favourite TV series. And now I am doing both this year!”

More like this
Joey Essex Is Rumoured To Be Dating A 'Love Island' Favourite
By Sam Ramsden
Vanessa Bauer Is Reportedly Dating Her 'Dancing On Ice' Partner
By Darshita Goyal
Darren Harriott Is Keeping His Love Life Away From The Spotlight
By Darshita Goyal
Here’s How You Can Watch The Grammys 2023 In The UK
By Emma Madden and Catharina Cheung
Get The Very Best Of Bustle/UK
Sign up for Bustle UK's twice-weekly newsletter, featuring the latest must-watch TV, moving personal stories, and expert advice on the hottest viral buys.