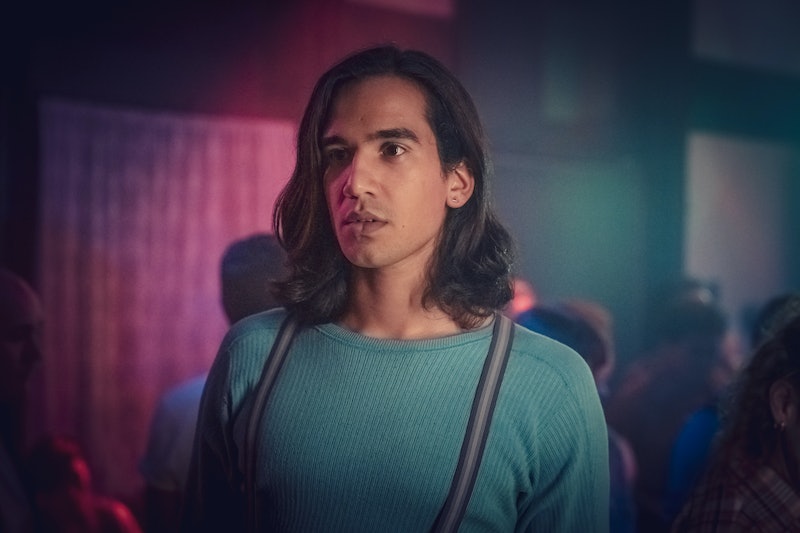 The joyous hight and devastating lows of LGBTQ+ life during the 1980s HIV and AIDs crisis is at the heart of Russell T. Davies’ hotly anticipated new drama, It’s A Sin. Olly Alexander fronts the cast of the five-part series, which centres on a group of youngsters growing up amid the fear and confusion of a deadly new virus. But, who is Nathaniel Curtis, the actor who plays Ash in It's a Sin?

Nathaniel Curtis is a British actor with theatre credits including Shakespeare in the Garden’s production of Romeo and Juliet to his name. Per Vanity Fair, Curtis studied at the East 15 Acting School in Essex, and previously worked with special needs and primary school children before landing his first on-screen gig in Channel 4's It's a Sin.

As the Radio Times reports, Curtis appears in the new series as dreamy drama student Ash Mukherjee, who immediately grabs the attention of lead character Ritchie (Alexander). Commenting on his television debut, Curtis revealed he initially found little similarities between himself and Ash. "It’s strange — on paper he felt very different to me but when I started playing him, we became each other by osmosis. It was really lovely," the actor explained.

Curtis also previously discussed how It's a Sin provided an opportunity for him to portray a "sexy Indian man" who deviated from racial stereotypes. “Indian men are normally the engineers, the lawyers, the doctors... and although it’s wicked to be appreciated and respected for your brains, I loved the opportunity to play a sexy Indian man," he told Vanity Fair.

Set in 1980s London, the Russell T Davies-penned drama follows the exuberant lives of a group of twenty-something friends, who are tested in ways they never imagined as a mysterious new virus begins to ravage its way through their community.