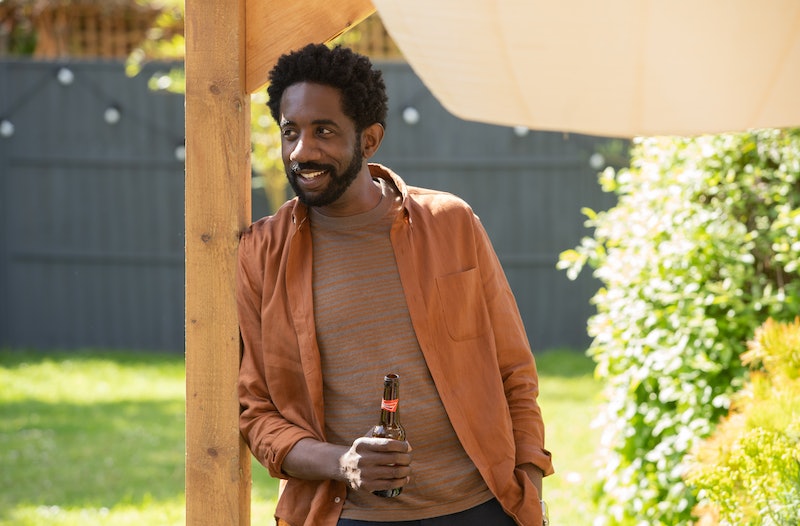 Wednesday is not be the most exciting day of the week, but ITV’s newest thriller Hollington Drive may be about the change that. The show is set in a seemingly idyllic suburb where nothing bad happens – until 10-year-old Alex Boyd is declared missing.

Hollington Drive’s cast boasts big names including Anna Maxwell Martin and Rachel Stirling, who play sisters Theresa and Helen, respectively. Rhashan Stone plays Theresa’s husband, Fraser, and fans of prime-time dramas will likely recognise the actor from previous roles across the BBC and ITV. But what other shows have you seen Stone in? And what else is there to know about the actor?

Born in Newark, New Jersey, Stone grew up touring America with his mother, Joanne Stone, a soul and jazz singer. In 1975 his mum met English singer Russell Oliver and the trio moved to the UK. The actor was six-years-old when they moved and Joanne and Oliver went on to form the duo R&J Stone. The couple would later perform on Top of the Pops, but Joanne sadly passed away when Stone was just 11 years old.

Stone continued to live in the UK with his stepdad and went on to study at the Mountview Academy of Theatre Arts in Peckham. The actor's first job out of Mountview was for the Royal Shakespeare Company, which is where he met his future wife and fellow actor, Olivia Williams.

As Williams told the Evening Standard, they exchanged phone numbers but didn't go on to date until seven years later when a mutual friend set them up. Within eighteen months, they were married and had welcomed their first child.

After studying at Mountview and working at the RSC, Stone moved into TV, working on shows including Holby City, Casualty, Bodies, Black Mirror, and Episodes.

However, Rhashan is probably best known for his performance in the cult Welsh drama Keeping Faith, where he played DI Breeze. Stone’s character was new for season two and, speaking about the show, he told the BBC, “There's an honesty in Keeping Faith that I love. It feels authentic. It's about ordinary people trying to do their best but somehow messing it all up along the way. The tiniest of lies lead to the most tragic events — nobody is perfect. It's beautifully crafted but not 'slick', truthful but not 'worthy'. I just found it compelling.”

TV fans may also recognise Stone from ITV’s Finding Alice, where he played Nathan, a mortuary worker who meets the show’s protagonist (played by Keeley Hawes) when she goes to visit her husband’s grave. Nathan has a surprisingly frank but refreshing view on losing a loved one and soon becomes Alice’s ‘Death Guru’.

As mentioned, Stone now has another prime-time drama to add to his CV: Hollington Drive. The four-part series promises to be a tense watch and will likely send Stone’s star rising even higher – so watch this space.

This article was originally published on Aug. 13, 2019