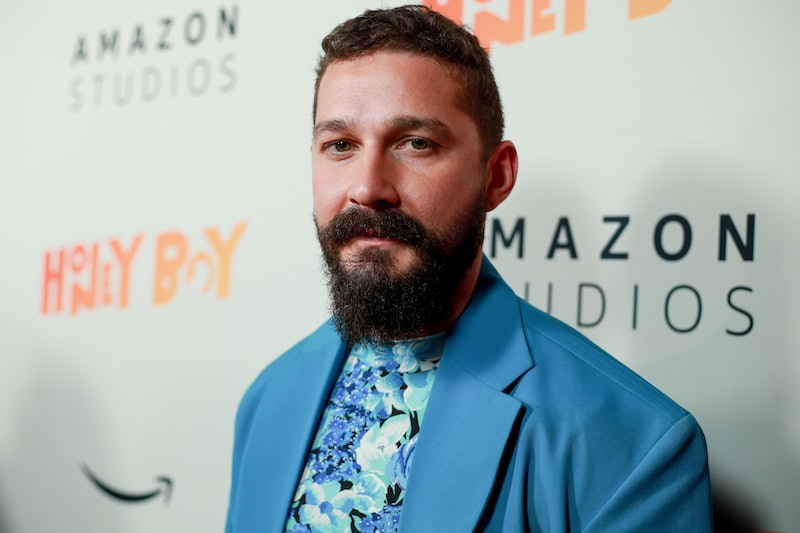 Actor and director Shia LaBeouf's dating life has been at the forefront of the pop culture discourse lately. The renewed interest in the actor's personal life came when a lawsuit was filed against him in December by his former partner, musician FKA twigs, alleging "relentless abuse" in the form of sexual battery, assault, and infliction of emotional distress during the course of their one-year relationship between 2018 and 2019. (LaBeouf, for his part, told The New York Times "many of these allegations are not true.") The suit has in turn put the spotlight on his most recent relationship with actor Margaret Qualley — but according to People, they've already broken up.

"They broke up on Saturday. They're just in different places in their lives," a source told the magazine, adding that Qualley is "ready to get back to work" and focus on her acting career. She and LaBeouf were first spotted making out at LAX airport on Dec. 19, less than a week after news of FKA twigs' lawsuit broke. The abuse allegations have reportedly made Qualley's famous parents — actor Andie MacDowell and model Paul Qualley — concerned about the relationship. According to Us Weekly, MacDowell was "keeping an extremely close watch on the situation." A source told the publication, "If Shia so much as puts a foot out of line, she'll come down on him like a ton of bricks."

Despite his current legal issues, the source said at the time that Qualley was "totally smitten" with the Honey Boy actor and trusted that "he's not the bad guy people say he is." LaBeouf, on the other hand, called the abuse allegations leveled against him untrue in a statement issued to the New York Times. "I'm not in any position to tell anyone how my behavior made them feel," he told the paper. "I have been abusive to myself and everyone around me for years. I have a history of hurting the people closest to me. I'm ashamed of that history and am sorry to those I hurt."

Before Qualley and twigs, LaBeouf was in a relationship with actor Mia Goth. The two, who met on set of the Lars von Trier film Nymphomaniac: Vol. II, wed in October 2016 after four years of dating, but amicably filed for divorce in September 2018. The actor has also been romantically linked to Megan Fox, his former Transformers co-star, and Karolyn Pho, a stylist who also detailed allegations of abuse in the lawsuit filed in December.