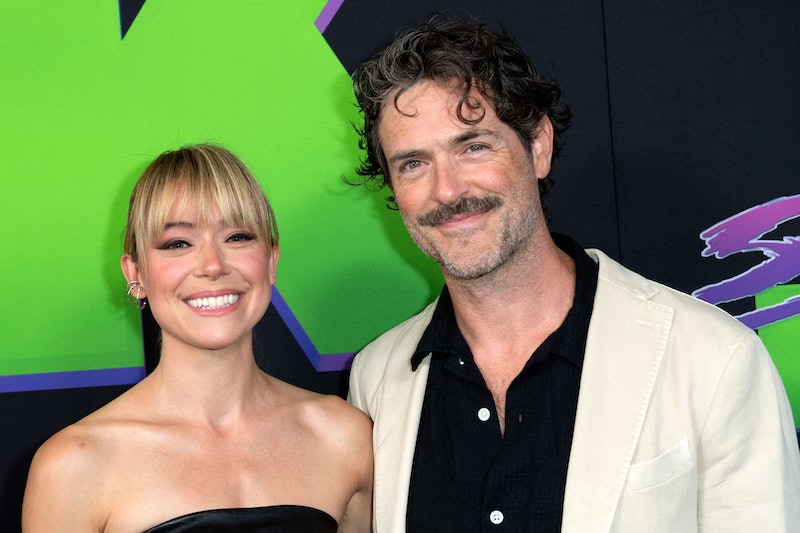 She-Hulk: Attorney At Law star Tatiana Maslany first made waves on the Canadian series Orphan Black — a lauded science-fiction thriller about human clones that required Maslany to inhabit multiple different character throughout the five-season run. The series earned Maslany an Emmy Award in 2016, and was rebooted in an audio series. Back then, Maslany was dating her longtime boyfriend Tom Cullen whom she had met on set of the TV show World Without End. But these days, the She-Hulk: Attorney At Law star has a new beau on her arm: Locke & Key star Brendan Hines, whom she secretly married earlier in 2022.

It’s not clear how exactly Maslany and Hines met, though rumors of their relationship first started to swirl in December 2020. Their first public appearance together was in July 2021 when they were spotted having dinner with fellow actor Tim Roth who has appeared in work with both Maslany and Hines. Since then they’ve made a few more public appearances including the Los Angeles film premieres of X and Everything Everywhere All At Once. In April 2022, they were pictured in attendance at the opening night of Take Me Out on Broadway in New York City.

Hines is best known for his supporting role on the Netflix series Locke & Key where he appears as Josh Bennett, a history teacher and love interest to main character Nina (played by Darby Stanchfield). He’s also had recurring roles on hit shows like Scandal, Suits, and Lie To Me. Hines is also a singer/songwriter who has released three albums, including one inspired by the 2016 election.

On a recent appearance on The Late Show with Stephen Colbert while promoting She-Hulk: Attorney At Law, Maslany revealed for the first time publicly that she and Hines had tied the knot, though she did not reveal when or where exactly the nuptials took place. The couple kept the ceremony small not only due to lockdown, but also because they also wanted a private celebration. “There's certain things you wanna kind of keep private, and we felt like you were the right person to tell it to,” she joked.

The day went off mostly without a hitch, though their dog Earl was the ring bearer and almost lost the rings. “Earl had the little box of rings attached to his neck and Brendan and I did the ‘seeing each other for the first time in our outfits’ thing, and Earl ran at me and we were in this field ... There's this great picture where you can see that Earl has lost the rings.” Maslany shared that photo on-air, but did not provide any other behind the scenes images of their special day — Maslany is famously very private with her Instagram account locked to the public, and Hines also has a private account.

More like this
Rhys Ifans Has A Good Reason For Keeping His Love Life On The DL
By Maxine Harrison
'House Of The Dragon’s Theo Nate Is A “Massive” 'GoT' Fan
By Maxine Harrison
'Grey's Anatomy's New Intern Got Advice From Dr. Bailey Herself
By Grace Wehniainen
The 'Reasonable Doubt' Cast Includes A 'Save The Last Dance' Reunion
By Grace Wehniainen
Get Even More From Bustle — Sign Up For The Newsletter