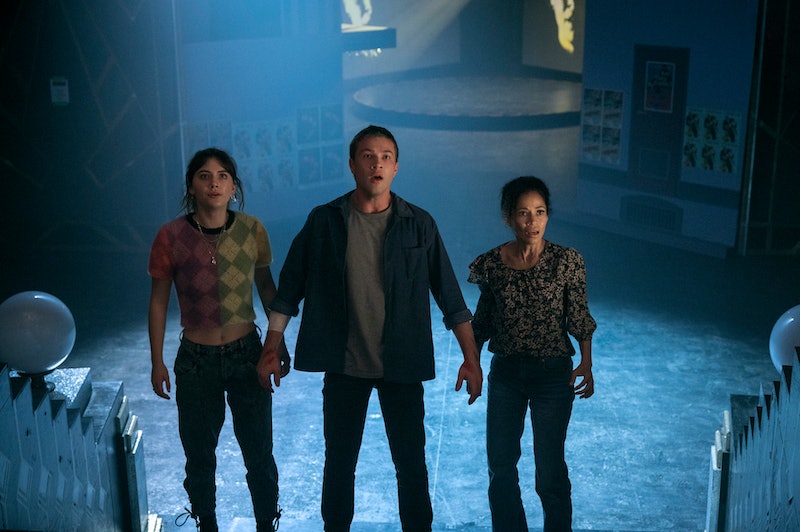 Major spoilers ahead for Locke & Key Season 3. On August 10, the third season of the fantasy-horror show Locke & Key dropped on Netflix, with fans both excited and sad about its final installment. The series traces the story of the three siblings, Tyler, Kinsey, and Bode, following the murder of their father, Rendell. The three move into his sprawling, ancestral mansion, called Keyhouse, with their mother, Nina. There, they discover magical keys that the siblings use to access different dimensions and other fantastical powers — but not without a catch. Within Keyhouse, there’s a demonic force also after the keys. It’s up to the Locke family to navigate the magic and the villainy of the demon realm to figure out how it all connects to what happened to their father.

Season 3 of the show premiered with only eight episodes, with some clocking in at just over 30 minutes — a drastic change from previous seasons’ 40-to-50 minute installments. Ultimately, fans will be the judge if the series finale lived up to their expectations. On a narrative level, however, and despite the shorter episodes, Season 3 still managed to tie up the show’s storylines. Even though the season has a mostly neat ending, there is a faint, key-esque whispering of something heard at the tail end of the finale. What does that mean for the Locke family? Could there be another season of the show somewhere down the line?

What Happens In The Locke & Key Season 3 Finale?

The show’s final episode — and final season — is full of complicated, logistical details around which characters are under the keys’ influence and remember the extent of Keyhouse’s magic. The big bad is Frederick Gideon, a colonial captain of Massachusetts soldiers who is resurrected by the keys and possessed by a demon. Gideon was introduced to the show in Season 2, and this season reveals his true intentions: He wants to create a portal between the human world and the demon realm to deconstruct the barrier between the two. So, when the siblings discover the existence of the final key — the Creation Key — Gideon is finally closer to getting what he needs to achieve his nefarious goal.

In the final episode of Locke & Key, the Lockes use the Creation and other keys they’ve discovered throughout the season, including the Harlequin key which unlocks an unbreakable chest that houses all the keys. The Lockes then use the Alpha Key — which can unlock demons from a person’s soul — on Gideon before pushing him into the demon realm portal, where he meets his demise.

But taking out Gideon doesn’t seal the portal completely, and the family discovers they have to toss each of the keys back into the portal to end the turmoil caused by the demon realm. Before they do that, though, the family uses the Time Shift key to spend a final moment with Rendell and receive his blessing to get rid of the keys once and for all.

At the end of the episode, the keys are returned to the portal (but not before the Lockes use the Memory Key on themselves to ensure they’ll remember what happened), and life returns to normal for the family. After playing catch-up with some of the other characters from the show and wrapping up their storylines, the show ends with the three Locke siblings and their mother walking back into Keyhouse. Bode, the youngest Locke, asks the family if they hear anything, to which a concerned Kinsey asks what he’s hearing. Bode then exclaims, “Nothing. Absolutely nothing,” and the relieved family walks inside. The final shot of the series is a closeup of the house’s door knobs as we hear the whispering sounds of the keys.

Will There Be A Locke & Key Season 4 Or Spinoff?

Even though the rest of the season wraps up loose ends extremely well, Locke & Key’s final shot gives an ambiguous ending to the series. Are there more keys to find? Is there another portal somewhere else? Unfortunately, fans may never get an answer to these questions. In April, showrunners Carlton Cuse and Meredith Averill announced that Locke & Key would end with Season 3. They said three seasons is “the ideal length to bring the story of the Locke family and their Keyhouse adventures to a satisfying conclusion.”

While showrunners’ statement leaves room for Locke & Key to return in the form of a spinoff, following a new family and their adventures with the magical keys, there are no official plans for another series set in this universe. It seems like this is the end of Locke & Key for now.

More like this
Nicola Coughlan Shared A Lady Whistledown Excerpt From ‘Bridgerton’ Season 3
By Grace Wehniainen, Alyssa Lapid and Sam Ramsden
If 'Entergalactic' Season 2 Happens, You Could Get A New Kid Cudi Album
By Kadin Burnett
Devi Is Going To Meet A “Smoldering Bad Boy” In ‘Never Have I Ever’ Season 4
By Jack Irvin and Gabrielle Bondi
The ‘Emily In Paris’ Season 3 Release Date Is Here, Plus The First Footage
By Bustle Staff
Get Even More From Bustle — Sign Up For The Newsletter