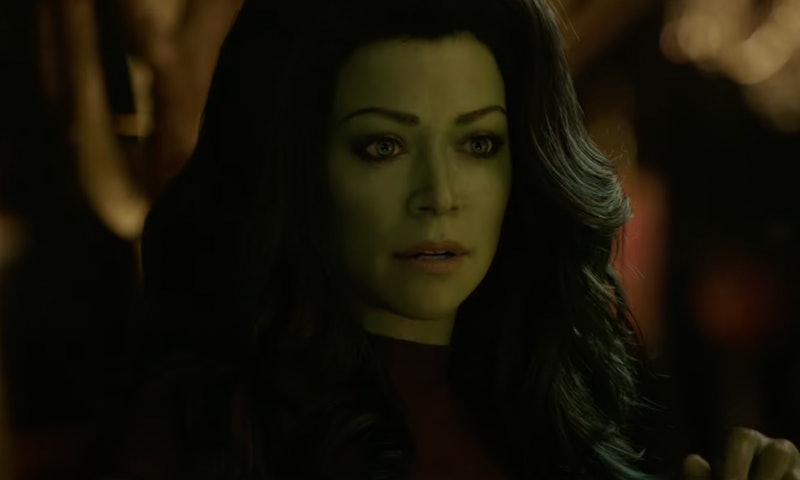 From the mysterious magic of WandaVision and Loki to the buddy-comedy action of The Falcon and the Winter Soldier, Marvel’s Disney+ shows have spanned several genres. As the Marvel Cinematic Universe continues to work through its enormous release schedule, expect even more types of projects make their way into the mix, including straight-up comedy. Enter, the upcoming She-Hulk series. Based on the character first introduced in 1980’s Savage She-Hulk comic, the Disney+ series will focus on Bruce Banner’s cousin Jennifer Walters (played by Tatiana Maslany), a lawyer who specializes in “superhuman-oriented legal cases,” per Marvel.

This practice area isn’t just rife with comedic potential, but it also has the unique opportunity of putting Jennifer in contact with powerful friends and foes from across the MCU. Several returning characters are confirmed to appear in the new series, and yes, fortunately for fans of the brooding Bruce Banner, Mark Ruffalo is among them.

As you look ahead to the exciting new project, here is everything you should know about She-Hulk: Attorney at Law so far, including its star-studded cast, the 2022 release date, the major MCU connection, and the new green hero’s intriguing backstory in the comics.

On May 17, Marvel and Disney+ released She-Hulk: Attorney at Law’s official trailer (more below) and announced that the Disney+ series will premiere on Aug. 17, 2022.

The first trailer already provides a closer look at how She-Hulk is different from Hulk — after Bruce tells Jennifer that anger and fear will trigger her Hulk moment, she tells him that “those are like, the baseline, of any woman just existing.” And when a friend asks if she wants to join the Avengers, she explains why she’s not into the superhero lifestyle: “That is for billionaires and narcissists and adult orphans, for some reason.”

Another She-Hulk trailer dropped during San Diego Comic-Con on July 23. Again, it shows the reluctance of Jennifer as she faces the, well, hulking changes to her life. The trailer is full of lighthearted moments, which makes sense considering series creator Jessica Gao described She-Hulk: Attorney at Law as “Marvel’s first true half-hour TV comedy” during the event, per Deadline. What was more surprising was the cameo at the very end of the trailer: Charlie Cox’s Daredevil jumps into the action.

Who Stars In She-Hulk?

In addition to Maslany (who won an Emmy for her performance in Orphan Black) and Ruffalo, She-Hulk will feature Tim Roth as the Abomination, a soldier who had Bruce’s blood injected into him in The Incredible Hulk and became a monster when it mutated inside of him. Deadline also reported that Renée Elise Goldsberry and Ginger Gonzaga would be joining the series, as well as Jameela Jamil in the role of a villain named Titania. On July 16, The Good Place star confirmed the news with a TikTok of her in fight training.

More very exciting news? Doctor Strange’s Benedict Wong will also star, in addition to Josh Segarra and Jon Bass. Plus, Cox will join the fray, as the Comic-Con trailer revealed.

As far as the show’s off-camera talent, the people behind several of your favorite funny shows are helming She-Hulk, giving viewers even more to be excited about. Rick and Morty’s Jessica Gao will be serving as head writer, with Kat Coiro (Girls5Eva and Dead to Me) and Anu Valia (CollegeHumor) directing.

Who Is Jennifer Walters In The She-Hulk Comic Books?

How exactly did Jennifer Walters end up as green and powerful as her cousin? In the first She-Hulk comic, the Los Angeles-based lawyer is shot by a vengeful crime boss, leading Bruce, who’s in town on a visit, to give her an emergency blood transfusion to save her life.

As you can probably guess, Jennifer inherits Bruce’s condition — but there’s a twist. As Marvel puts it, She-Hulk “evolved into a fun-loving, less inhibited version of Jennifer Walters while retaining all the intelligence she had as a normal human.” She’s also a talented boxer and fighter, skills that her status as She-Hulk only strengthens. Basically, think of She-Hulk as closer to Professor Hulk — Bruce’s latest iteration, one with which he seems pretty at peace — as opposed to the purely angry, Hulk-smash antics of yore.

What Is The Plot Of She-Hulk?

Apart from Jennifer’s profession as a specialist in superhero law — and the promise of “a bevy of different Marvel characters” being introduced to the series — Marvel hasn’t revealed too many plot details just yet. In the trailers, however, we see Jennifer learn to deal with her Hulk-ness, and its impact on her life, career, and dating.

Previously, on Nov. 12 for Disney Plus Day, Marvel revealed a first look at the series, complete with production stills of a Hulk who seems to be healed after the events of Endgame.

How Does The She-Hulk MCU Debut Connect To Other Movies?

Even before She-Hulk drops on Disney+, there was a major clue that her story could connect to the greater MCU in an interesting way. As you may remember, in Shang-Chi and the Legend of the Ten Rings, Abomination makes an appearance fighting Doctor Strange’s Wong — and since Roth’s character is scheduled for She-Hulk, too, in addition to Wong, the series could feasibly tie back to that film.

Another possible MCU connection comes in the form of a case Jennifer took in the Marvel Comics: Spider-Man’s libel lawsuit against the Daily Bugle’s J. Jonah Jameson.

We already know who handled Peter Parker’s legal troubles in Spider-Man: No Way Home — one “really good lawyer,” Matt Murdock — but it’s interesting to know that She-Hulk’s comic counterpart has a history of defending MCU characters we know and love.

This post will be updated with additional plot details as more information on She-Hulk becomes available.

More like this
Who Is Tatiana Maslany Dating? The 'She-Hulk' Star Is Married To 'A Locke & Key' Actor
By Radhika Menon
Who Plays Trent In 'Never Have I Ever'? Benjamin Norris Calls His Character A “Himbo Stoner”
By Grace Wehniainen and Radhika Menon
‘Squid Game’ Creator Hwang Dong-Hyuk Just Dropped A Major Season 2 Tease
By Brian Anthony Hernandez and Bustle Editors
Netflix Reveals First Look At Wednesday In The 'Addams Family' Spinoff Series
By Bustle Editors
Get Even More From Bustle — Sign Up For The Newsletter

This article was originally published on July 20, 2021