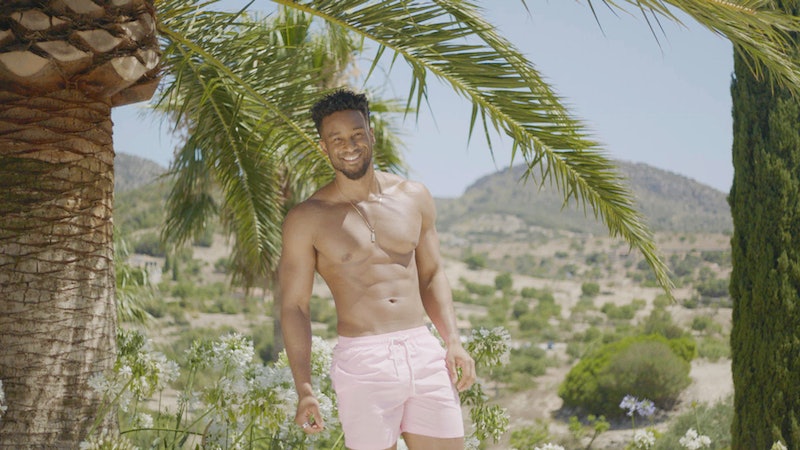 Just as things are heating up in the Love Island villa, a new bombshell is about to be thrown into the mix. After watching both Toby Aromolaran and Brad McClelland break things off with Kaz Kamwi and Rachel Finni respectively, a teaser for tonight’s episode showed a new heartthrob, Teddy Soares will be entering the villa to shake things up. Fans on social media quickly went into a frenzy, with many hoping he could be the one to mend either Kaz or Rachel’s broken hearts. Ahead of his entry into the villa, Soares revealed he wants “to get to know all the girls” and that he’s “not afraid to step on toes” to get the girl he wants. Sounds like there’s a lot of drama about to unfold. Here’s everything you need to know about Love Island contestant Teddy.

What Is Teddy Soares’ Job?

Teddy is a Senior Financial Consultant at a firm in Manchester. According to his LinkedIn, he’s been there for the past four years and also previously worked as a “Model” for Abercrombie & Fitch.

Within minutes of ITV revealing the new contestant coming to the villa, fans used their detective skills to quickly uncover his Instagram page. In most of his posts, Soares is “smizing” at the camera for his almost 5000 followers, which is sure to rise to six figures at least over the next weeks.

What Else Is There To Know About Teddy Soares?

It seems like Teddy is ready to settle down with that special someone. He told ITV, “I think I’m ready for love now. Law of attraction is probably what I believe in, so being in the villa is part of that thought process.”

Always the type of guy to be in long relationships, he also said: “If I do find someone in the villa, I’m going to take it seriously.” Sounds quite promising in comparison to some of the recouplings and breakups we’ve seen so far.

Teddy describes himself as cuddly and caring, with all his friends coming to him when they have a problem. He said: “When they have an issue, they call me and confide in me. I’m always that person to lean on. I think I’m going to add that element with the boys.”

So, what can the girls expect from the latest Romeo to enter the villa? “They’re going to have to get used to me stirring a few pots and causing a bit of a ruckus. I do think hopefully, me walking into the villa the girls will have something to look at.”

Love Island continues tonight at 9 p.m. on ITV2 and ITV Hub. Episodes are available the following morning on BritBox

More like this
'Love Island' Has Added Yet Another Bombshell To The Villa
By Bustle UK
This Pre-'Love Island' Video Of Olivia & Zara Together Changes Everything
By Bustle UK
Molly-Mae & Tommy Fury Revealed Their Baby Girl's "Really Unusual" Name
By Sophie McEvoy and Sam Ramsden
Twitter Has No Chill As The 'Love Island' Villa Descends Into Chaos
By Darshita Goyal
Get The Very Best Of Bustle/UK
Sign up for Bustle UK's twice-weekly newsletter, featuring the latest must-watch TV, moving personal stories, and expert advice on the hottest viral buys.