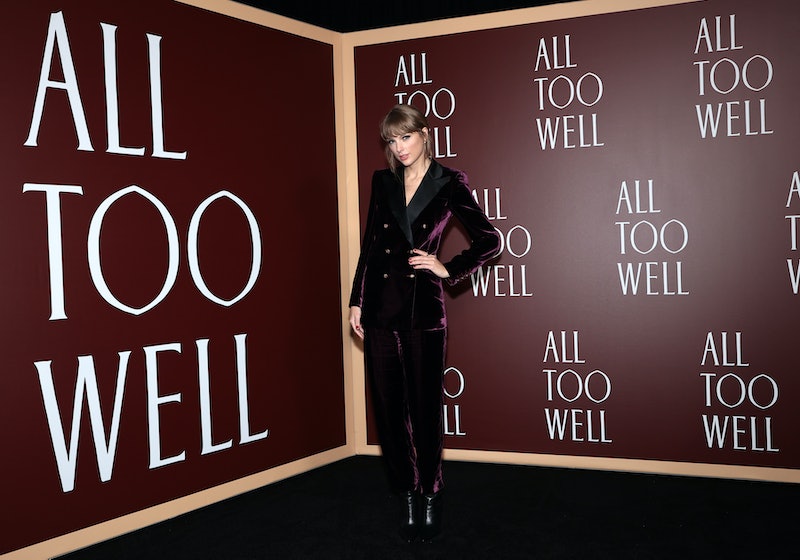 Taylor Swift’s 2012 classic “All Too Well,” ranked by Rolling Stone as the 69th best song on it 500 Greatest Song of All Time ranking, is one of the best examples of narrative storytelling ever written into one song. And the story just got longer. Swift’s new “All Too Well (10 Minute Version)” from Red (Taylor’s Version) adds even more vivid details and heart-wrenching sentiments to one of the most devastating breakup songs of our generation. But one detail in particular has detective Swifties taking out their magnifying glasses to hunt for answers.

In one of the song’s new verses, Swift sings about weeping in a party bathroom after breaking up with her mystery subject — long rumored to be actor Jake Gyllenhaal, who she reportedly dated in late 2010. All of a sudden, a mystery “actress” appears to console her. “Not weeping in a party bathroom / Some actress asking me what happened / You / That’s what happened: You,” Swift sings. Swifties immediately started investigating who this “actress” may have been, and they’ve have already pinpointed two likely suspects: Jennifer Aniston and Anne Hathaway.

Some fans think it’s Aniston, citing a report from the New York Daily News that said the Friends star consoled Swift at the People’s Choice Awards in January 2011, which would have been right after Swift reportedly broke up with Gyllenhaal. A source said that Aniston “wanted Taylor to know everything will be OK” and told her to “hang in there” amid all the press about her love life. Coincidentally, Aniston and Gyllenhaal played love interests in the 2002 rom-com The Good Girl.

However, others are pointing fingers at Hathaway, who starred alongside Gyllenhaal in the 2010 film Love and Other Drugs. In 2015, she told Glamour UK that she first met Swift when she was dating her co-star. “She just seems to be following her heart,” she said at the time. “I met her — I hope it’s OK to say this — when she and Jake [Gyllenhaal] were together. She was 20 at the time and we hung out one night. I was like, ‘You are a magnificent creature.’ She was on fire and I’ve watched her become this force of nature.”

It’s likely no coincidence that both possibilities are Gyllenhaal’s former co-stars, but there may be even more potential identities in the wings. Swift has not commented on the speculation or confirmed the identity of the “actress,” and given how she keeps mum on the real-life inspirations of her songs, it’s likely that she never will.