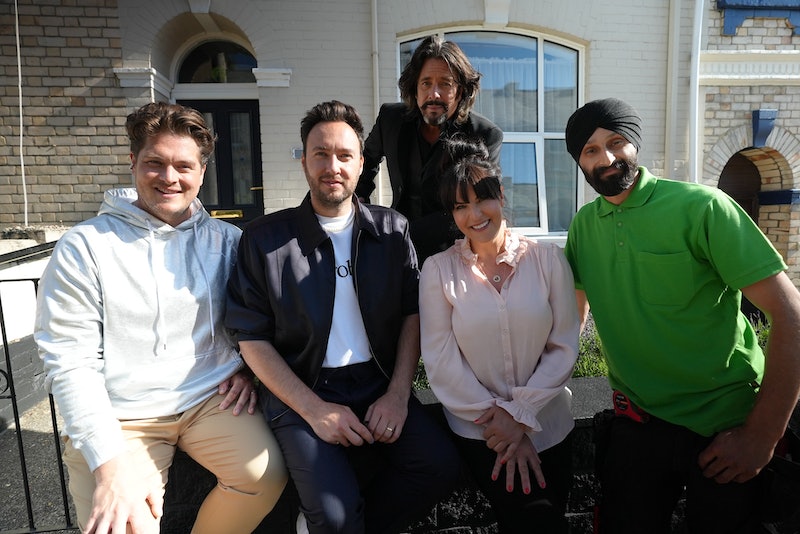 Laurence Llewelyn-Bowen and Anna Richardson are coming together for a 2021 reboot of Changing Rooms that promises to be as camp and chaotic as ever. They’re joined by new designers and craftspeople to help neighbours give each other a room makeover of their dreams (or nightmares.) But who is the new resident handyman, Tibby Singh? The award-winning carpenter and joiner will be helping designers Llewelyn-Bowen, Jordan Cluroe, and Russell Whitehead bring their creations to life. And he’s been spilling the secrets on who is the most demanding to work with...

As mentioned, Singh has been brought in as part of the new Changing Rooms team to help create the new rooms for this season’s contestants. Before making his onscreen debut he worked in property development for years and was named BBC's Young Carpenter of the Year. “To be involved in this new version is a really prestigious moment for me and for my family, who have supported me from day one,” he told Channel 4.

While this may be the first time he’s taking his skills on primetime TV, Singh has around 15 years experience in the trade, working with his family to renovate and create homes and commercial spaces. Alongside his work with his family he also shares super helpful DIY hints and tips on his Instagram and TikTok. He makes renovating a house look almost easy.

Along with Young Carpenter of the Year, Singh has won awards such as the Institute of Carpenters’ Craft Competition and Federation of Master Builder's Apprentice of the Year. However, not much can prepare you for the formidable force that is Laurence Llewelyn-Bowen.

When asked about filming he told Channel 4, “Laurence definitely gets priority! He’s basically the face of Changing Rooms, isn't he? If Laurence wants something, he gets it. But I always make sure both projects get the work completed.”

He added, “Working on two projects at the same time is challenging in the timescale, but I’ve enjoyed every single minute. And usually, as a tradesperson, I would go to the site in advance and do a full recce, but we haven’t been able to do this here, so we’ve been going in almost blind.”

Singh will be the person leading both of the builds as Richardson and the designers keep a watchful eye. There’s definitely challenges ahead, but Singh revealed that he remembers Changing Rooms from when it first debuted 25 years ago and his family are almost as excited for the reboot as he is. “Coming from a Sikh background, we usually see Sikhs becoming doctors or accountants or lawyers, things like that. But I've had the full support from my family from day one,” he said, “My mum's really excited, I have to tell her to calm down. The whole family’s excited, hopefully, we’ll be able to have viewing parties.”

The Changing Rooms reboot begins on August 18 at 8 p.m. on Channel 4.