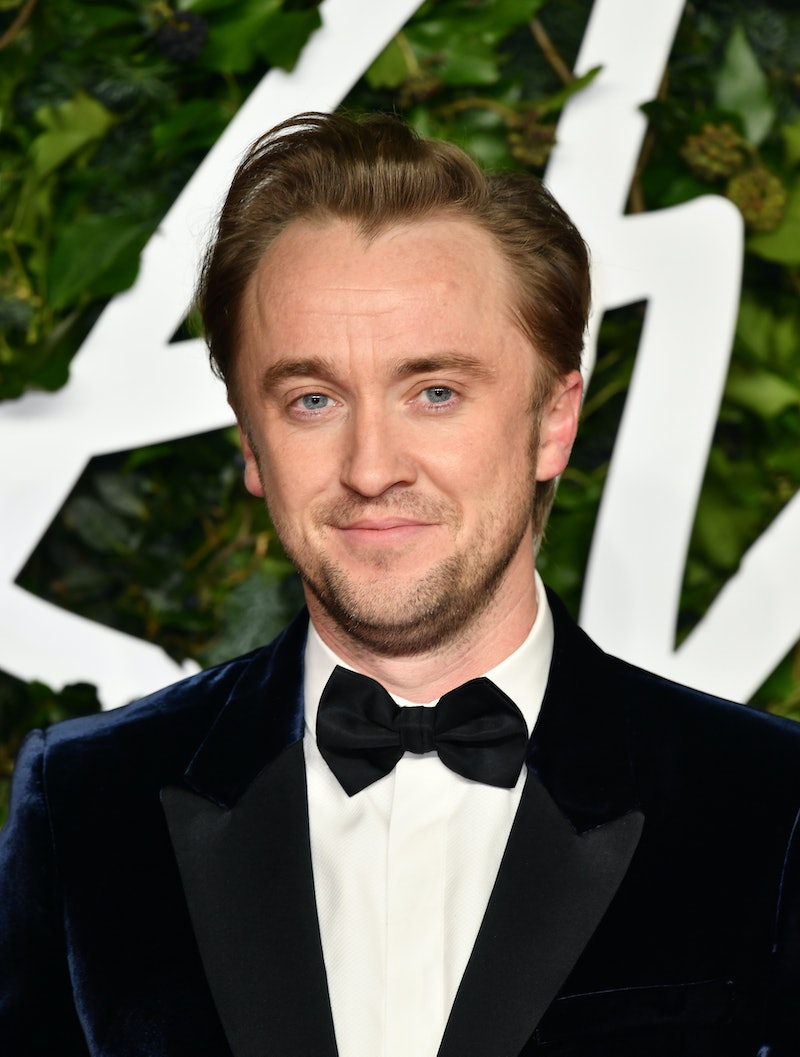 Tom Felton, who shot to fame as Draco Malfoy, is returning to the Harry Potter universe alongside his co-stars for a two-hour reunion special to mark the 20th anniversary of the first film, airing on New Year’s Day. And it’s impossible to miss how they have all grown up from the school-aged actors of our youth. With Rupert Grint now a father, and both Emma Watson and Daniel Radcliffe in long-term relationships — what about Tom Felton’s love life?

Rumours have consistently sparked about a potential romance between Watson and Felton since she admitted her crush on the Harry Potter star as a child. Both actors delve into the sweet story of their never-to-be love in the special, reminiscing on the moment Watson “fell in love” (an adorable tale).

While it’s brought smiles to fans’ faces, Watson did confirm “nothing has ever ever happened romantically between us”. So, a real-life Dramione (yes that is Draco and Hermione’s ship name) romance is officially off the cards.

The last serious and public relationship Felton was reported to be in was with stunt specialist Jade Gordon. The two started dating shortly after Felton’s relationship with Phoebe Tonkin (The Vampire Diaries) ended in 2008. Gordon is best known for her work on Edge of Tomorrow and Avengers: Endgame. But, Harry Potter fans might recognise her most from her short appearance as Draco’s wife, Astoria Greengrass in the epilogue of the final film, where she worked as a stunt assistant.

Their relationship lasted a long time, throughout the Harry Potter filming and beyond. And it seemed like Felton was quite smitten. In an interview with Express in 2015, he said: “my best friend is my girlfriend Jade. Having someone who truly understands you, where you don’t have to sugar-coat things and where most conversations can be held with just a look, is rare.”

Sadly, it was not meant to be and they broke up in January 2016, and Gordon has since married professional golfer, Patrick Rodgers. Since 2016, it looks like Felton has remained unattached and single. According to The Sun, the actor joined celebrity dating app Raya back in Feb. 2020, but those claims are unconfirmed. Felton certainly doesn’t lack an adoring fanbase, so maybe that’s enough for now.

More like this
Joey Essex Is Rumoured To Be Dating A 'Love Island' Favourite
By Sam Ramsden
Darren Harriott Is Keeping His Love Life Away From The Spotlight
By Darshita Goyal
Rupert Grint Just Shared A *Major* Update About Ron Weasley’s Future
By El Hunt
Gemma Atkinson & Gorka Márquez Are Strictly The Sweetest Couple
By El Hunt
Get The Very Best Of Bustle/UK
Sign up for Bustle UK's twice-weekly newsletter, featuring the latest must-watch TV, moving personal stories, and expert advice on the hottest viral buys.