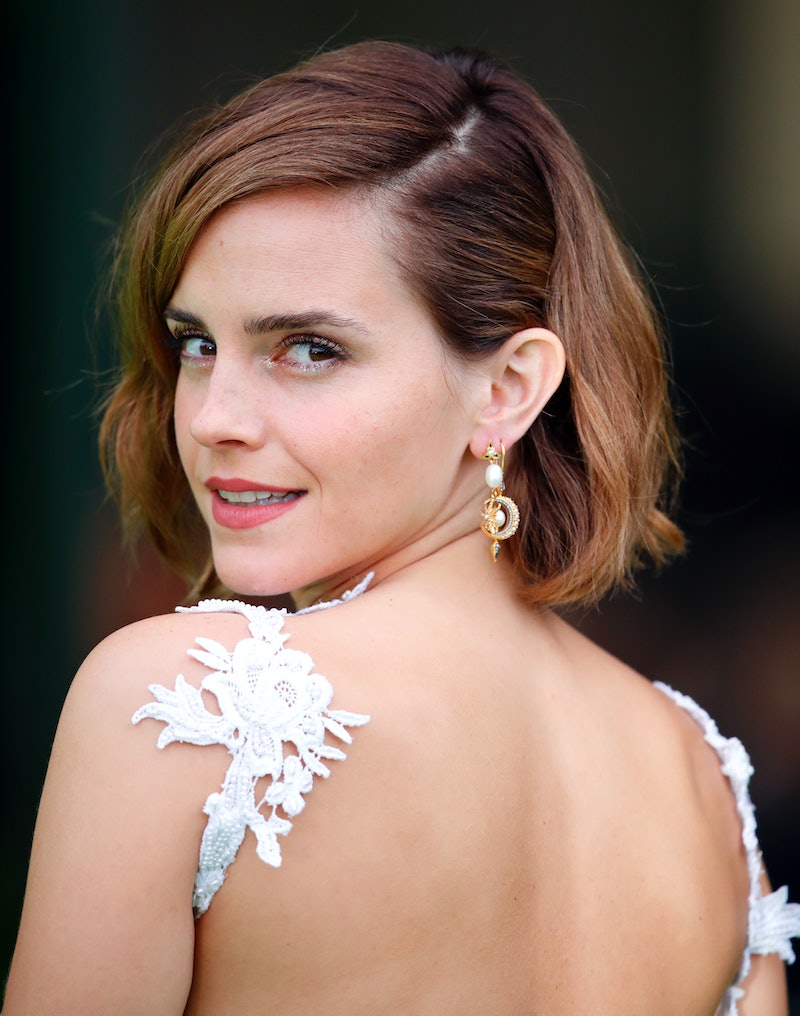 Harry Potter fans across the world are eagerly anticipating the 20th-anniversary reunion special set to air on New Year’s Day. We’ll be catching up with a host of familiar faces and fan favourites. And this, of course, includes the golden trio: Daniel Radcliffe, Rupert Grint and Emma Watson.

Since the final Harry Potter film, which came out in 2011, the three national treasures have been busy finding their voices outside of the massive franchise. Radcliffe has worked in theatre and a range of indie films (Guns Akimbo, Swiss Army Man), while Grint has opted for a quieter life with his wife, Georgia Groome, and child.

Watson, meanwhile, has dived headfirst into both the acting and activism worlds. Alongside huge roles such as Belle in Disney’s live-action Beauty And The Beast and Meg in Little Women, she also advocates for women’s rights. With her co-stars settling down, who is Emma Watson currently dating?

In an interview with Vogue conducted over the summer of 2019, Watson was asked about her relationship status, to which she replied, “It took me a long time, but I'm very happy [being single]. I call it being self-partnered."

While the message is a powerful one, it seems Watson has since found love. Before the interview was released in December 2019, Watson and her current boyfriend, Leo Robinton, were spotted kissing in October 2019. According the Daily Mail, they have been together since then.

After the pictures were released, Robinton left social media and neither have publicly posted about their relationship online. In May of this year, rumours began circulating that the couple were even engaged but Watson cut them down on Twitter, posting:

“Dear Fans, Rumours about whether I’m engaged or not, or whether my career is ‘dormant or not’ are ways to create clicks each time they are revealed to be true or untrue.

“If I have news — I promise I’ll share it with you. In the meantime, please assume no news from me just means I’m quietly spending the pandemic the way most people are — failing to make sourdough bread (!), caring for my loved ones and doing my best not to spread a virus that is still affecting so many people.”

Although they are not engaged, a source told Us Weekly that “Emma is all in and has her heart set on a long-term future, but she doesn’t want to rush an engagement.” Apparently, “her and Leo’s friends do fully expect them to make things official at some point in the future…”

Robinton himself is a Los Angeles businessman. At the time he and Watson first got together, he was working for a company that specialised in legal cannabis, but he has since left that job, per Cosmo. He also appears to be a women’s rights activist, after his sister posted a photo of the two of them marching in the Washington DC Women’s March.

In an interview with Vanity Fair, she said, “I want to be consistent: I can’t talk about my boyfriend in an interview and then expect people not to take paparazzi pictures of me walking around outside my home. You can’t have it both ways.”

More like this
Gemma Atkinson & Gorka Márquez Are Strictly The Sweetest Couple
By El Hunt
Joey Essex Is Rumoured To Be Dating A 'Love Island' Favourite
By Sam Ramsden
Darren Harriott Is Keeping His Love Life Away From The Spotlight
By Darshita Goyal
4 Surprising Celeb Throuples That Got The Internet Talking
By Sophie McEvoy
Get The Very Best Of Bustle/UK
Sign up for Bustle UK's twice-weekly newsletter, featuring the latest must-watch TV, moving personal stories, and expert advice on the hottest viral buys.