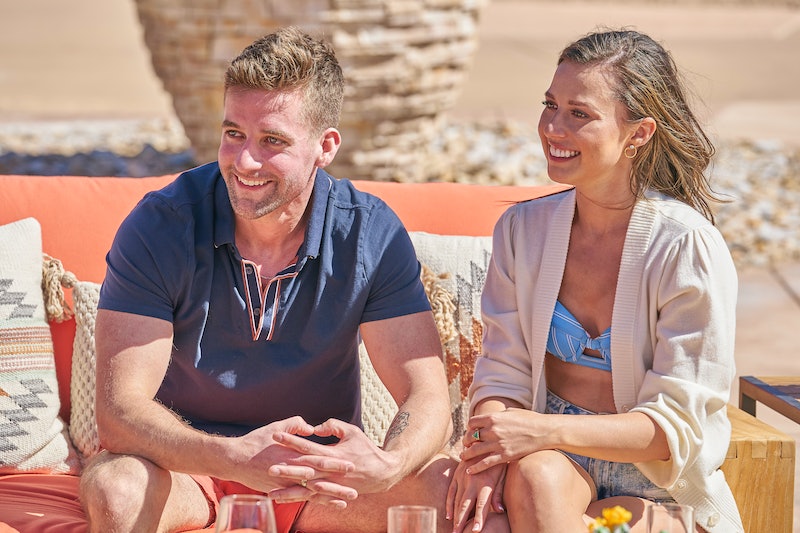 We’ve finally reached the Men Tell All episode of Katie Thurston’s Bachelorette season, and fans have some thoughts about a moment involving Connor Brennan, a kiss, and an audience member. During Brennan’s interview with hosts Kaitlyn Bristowe and Tayshia Adams, they discussed the sparkless kiss that got him eliminated from the show. While they were reliving that moment, a woman stood up in the audience, said she couldn’t imagine him being a bad kisser, walked down to the stage, and shared a kiss with Brennan.

Fans likely recall Thurston showing up to Brennan’s room after their one-on-one date and telling him she didn’t feel a spark between them. She told him, “There was something missing in that kiss, and that was hard for me.” Brennan was devastated, asking during an on-camera interview, “How bad of a kisser am I?” Luckily for Brennan, the woman who kissed him during the tell-all joined him on the couch afterward and ranked his smooching skills an 11 out of 10. After some social media sleuthing, a member of Bachelor Nation seemed to find the mystery woman’s Instagram profile. And The Dipp quickly confirmed those findings, sharing that the woman is musician Tara Kelly, who Brennan follows on Instagram.

Though the special was pre-taped, the fact that they now seem to know each other doesn’t help Twitter’s thoughts about the “candid kiss” definitely being staged.

And some fans shred how strange it was to watch a “random woman” kiss the former contestant out of the blue.

Other members of Bachelor nation expressed their concern that having a random couple kissing, staged or not, seemed cringe, particularly because of COVID.

And some fans were just jealous that they weren’t the ones lip-locking with Brennan.