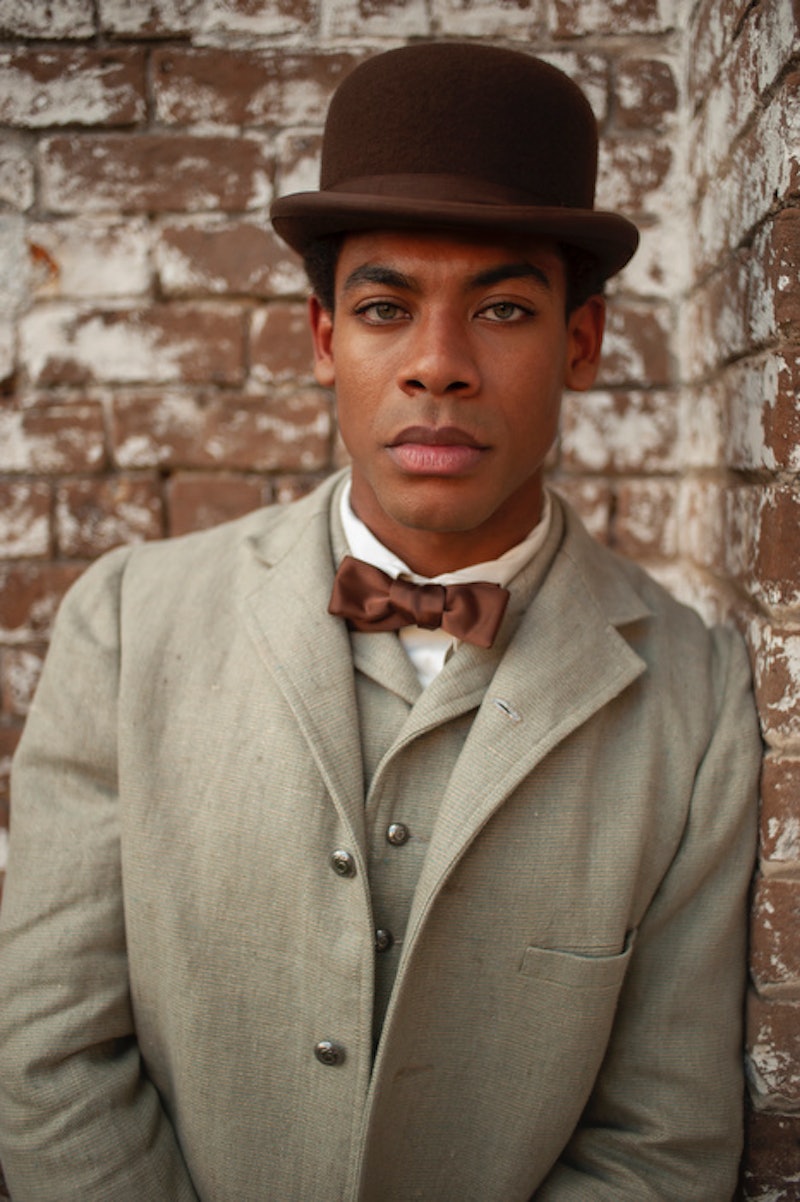 Barry Jenkins’ new Amazon Prime series The Underground Railroad stars two relative newcomers in the lead roles: 29-year-old Thuso Mbedu, a South African actor who won an Emmy for her role in the telenovela Is'Thunzi, and 26-year-old Aaron Pierre, a British actor who got on Jenkins’ radar while starring as Cassio alongside Moonlight actor André Holland in a 2018 production of Othello at the Globe theater in London.

Though Pierre, who hails from the south London town of Croydon, suspected that Jenkins might come see the play at some point, he told the Evening Standard that he assumed he was being catfished when he opened up his Twitter one day to see a DM from the director. “I thought someone was just playing a joke on me, ‘very funny…’” Pierre told the Evening Standard. “And then I opened the message, I saw the blue tick and everything checked out.” He added, “Next thing you know, I was auditioning for The Underground Railroad.”

The Underground Railroad is an adaptation of Colson Whitehead’s Pulitzer Prize-winning 2016 novel of the same name. It tells the story of slaves Cora (Mbedu) and Caesar (Pierre), who run away from a Georgia plantation in the Antebellum South and end up on the underground railroad — which, in this magical realism-slash-historical fiction series, is an actual subterranean railway. “What was amazing working on this project is that two masters of their craft, Colson Whitehead and Barry, came together and put their genius in one space,” Pierre told The Standard of the show. “Everyone had a common objective... which was to tell this story as authentically and as truthfully as we possibly could.”

The Underground Railroad isn’t Pierre’s first time on screen — he previously had roles in the Sky/Amazon Studios series Brittania as well as in Krypton, a superhero show about Superman’s grandfather — but it’s his highest profile television role to date. Much of Pierre’s background is in theater, and he reportedly started his career with a theater group based in a warehouse in Croydon before eventually training at the London Academy of Music and Dramatic Art. “I love theatre with all my heart — it’s where it began for me, and it has created opportunities in my career that I didn’t even think were possible,” Pierre told The Standard.

If you’re looking for more of Pierre, his next role will be in M. Night Shyamalan’s upcoming project Old, a “terrifying, unsettling film” that follows of a group of people who wind up on a beach that causes them to rapidly age.

he Underground Railroad premieres on Amazon Prime on Friday, May 14th.

More like this
A 'Terminal List' Sequel & Spinoff Are Reportedly In The Works
By Kadin Burnett and Grace Wehniainen
Everything To Know About The 'Daisy Jones & The Six' TV Series
By Maxine Harrison and Brad Witter
The Plane Crash In 'Dear Edward' Is Based On A 2010 Tragedy
By Grace Wehniainen
Claire Foy Spoke Out About 'The Crown's Gender Pay Gap
By Sam Ramsden
Get Even More From Bustle — Sign Up For The Newsletter
From hair trends to relationship advice, our daily newsletter has everything you need to sound like a person who’s on TikTok, even if you aren’t.