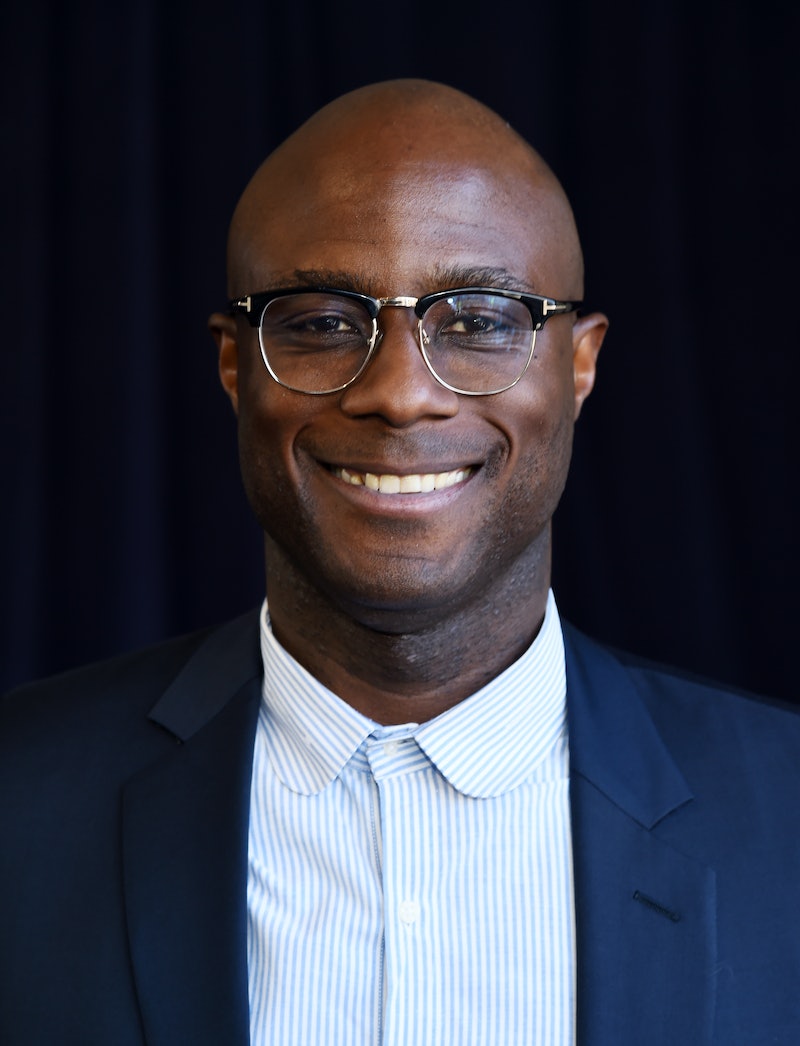 Oscar-winner Barry Jenkins is known for transporting audiences beyond their own lived experiences. After helming the award-winning films Moonlight and If Beale Street Could Talk, he's turning his creative lens toward television for the first time. Jenkins' The Underground Railroad series is set to premiere on Amazon this spring, the streaming service confirmed on Thursday. An official trailer for the 10-part limited series, directed in its entirety by Jenkins, was also unveiled.

The Underground Railroad is based on Colson Whitehead's 2016 novel of the same name, which explores the grid of secret pathways and safe houses enslaved Black Americans used when escaping to free states. In an interview with IndieWire last April, Jenkins said the series is his most ambitious project yet. "It's the toughest thing I've ever done, not because it was difficult to make physically, but just emotionally," Jenkins recalled. "I've never cried on set with anything I've made. On this one, at least once every two weeks somebody would be like, 'You alright, man?'" He continued, I would have to walk… off the set for 10 or 15 minutes because I was just distraught. Our guidance counselor pulled me off set one day and would not let me continue to direct."

Still, the filmmaker maintained that his team "smiled and delighted at the beauty the actors were able to find, despite what we assume was a completely bleak era." Ahead, here's everything we know about The Underground Railroad adaptation, including its stunning first look, the official trailer, and release date.

The Underground Railroad will be available via Amazon on May 14, 2021. Jenkins' adaptation wrapped production in September 2020 and has been in the works since 2017, shortly after he picked up his first Oscar for Moonlight. Alongside the release date, Amazon released a powerful first look at the project:

Jenkins is the sole director and showrunner for the series and worked as an executive producer alongside Whitehead, Adele Romanski, Mark Ceryak, Dede Gardner, Jeremy Kleiner, Richard Heus, Jacqueline Hoyt, and Brad Pitt. Nicholas Britell, who composed music for Jenkins' If Beale Street Could Talk and HBO's Succession, created the score.

As was the case for both of Jenkins' Oscar-nominated movies, The Underground Railroad hails from critically-acclaimed source material. The historical drama picked up a Pulitzer Prize, became a New York Times bestseller, was selected as one of Oprah's Book Club picks, and won the 2016 National Book Award for fiction. The series is poised to follow the book's narrative arc, according to an official plot description, via Deadline:

"The limited series chronicles young Cora’s (Thuso Mbedu) journey as she makes a desperate bid for freedom in the antebellum South. After escaping her Georgia plantation for the rumored Underground Railroad, Cora discovers no mere metaphor, but an actual railroad full of engineers and conductors, and a secret network of tracks and tunnels beneath the Southern soil.

Over the course of her journey, Cora is pursued by Ridgeway (Joel Edgerton), a bounty hunter who is fixated on bringing her back to the plantation she escaped; especially since her mother Mabel is the only one he has never caught. As she travels from state to state, Cora contends with the legacy of the mother that left her behind and her own struggles to realize a life she never thought was possible."

The Underground Railroad stars an ensemble full of both newcomers and seasoned actors. Thuso Mbedu stars as Cora in her first major onscreen role. She's joined by Chase W. Dillon as 10-year-old Homer, Joel Edgerton as bounty hunter Ridgeway, and The Good Place's William Jackson Harper as Royal. Hot off of The Undoing, Lily Rabe plays Ethel alongside Damon Herriman as her husband, Martin.

Some of the cast members can be seen in this sneak peek of The Underground Railroad, which Jenkins shared on his birthday last November.

On April 15, Amazon released the official trailer for the upcoming series, giving a powerful glimpse at Cora’s journey to freedom.

As we await all 10 episodes of The Underground Railroad, Jenkins is hard at work on a slew of other projects, including a biopic about choreographer Alvin Ailey and a live-action sequel to The Lion King.

The Underground Railroad
Thrift Books
More like this
Everything To Know About The 'Daisy Jones & The Six' TV Series
By Maxine Harrison and Brad Witter
'The Crown' Season 6 Has Suspended Filming "Out Of Respect" For The Queen's Death
By Bustle Staff
A 'Terminal List' Sequel & Spinoff Are Reportedly In The Works
By Kadin Burnett and Grace Wehniainen
24 History-Making Black Women You Probably Didn't Learn About In School
By Ayana Lage and JR Thorpe
Get Even More From Bustle — Sign Up For The Newsletter
From hair trends to relationship advice, our daily newsletter has everything you need to sound like a person who’s on TikTok, even if you aren’t.