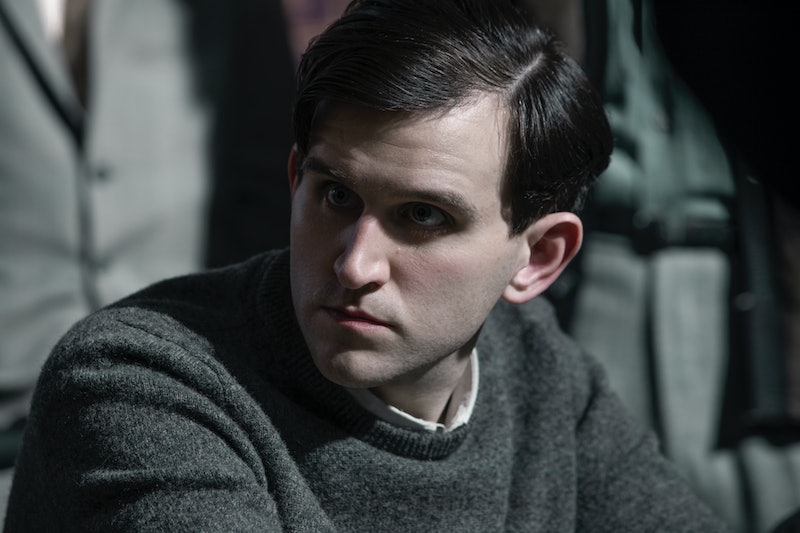 Netflix’s The Queen’s Gambit is the most ambitious crossover event in history. Besides showing us what Thomas Brodie-Sangster — the adorable redhead rollicking on the drums in Love Actually — looks like at age 30, it also features another child star you likely haven't seen since you last plunked down for a Harry Potter marathon: Harry Melling, aka a grown-up Dudley Dursley, who plays Gambit's sweet, supportive pushover Harry Beltik.

Though Melling has been working steadily since the Harry Potter series wrapped up, he looks unrecognizable from when he was first cast as Dursley in The Sorcerer's Stone nearly 20 years ago. Since then, Melling has attended drama school at the London Academy of Music and Dramatic Art and booked over a dozen roles in various movies and TV shows, including last year’s His Dark Materials. But this year, in particular, is a busy one for Melling. In addition toThe Queen’s Gambit, he's put out two other Netflix projects: the action film The Old Guard with Charlize Theron and the psychological thriller The Devil All the Time. Next, the stage-trained actor is slated to play Malcom in a film version of Macbeth starring Denzel Washington.

Melling’s physical transformation started long before he finished the Harry Potter series. He told Hello! Magazine in 2017 that, in order to be avoid being recast from his role as Harry’s tyrant of a cousin, he had to wear prosthetics to make him look bigger in the final installment.

"I went to drama school when I was 18 and that's kind of where the weight shifted, not for any sort of major need on my side, but it's just something that just happened," he recently told People. “I think one of the blessings of that sort of stage in my life was the fact that I didn't get recognized. I had this history of being part of the [Harry Potter] films, but also I felt like I had the opportunity to sort of cause a new start.”