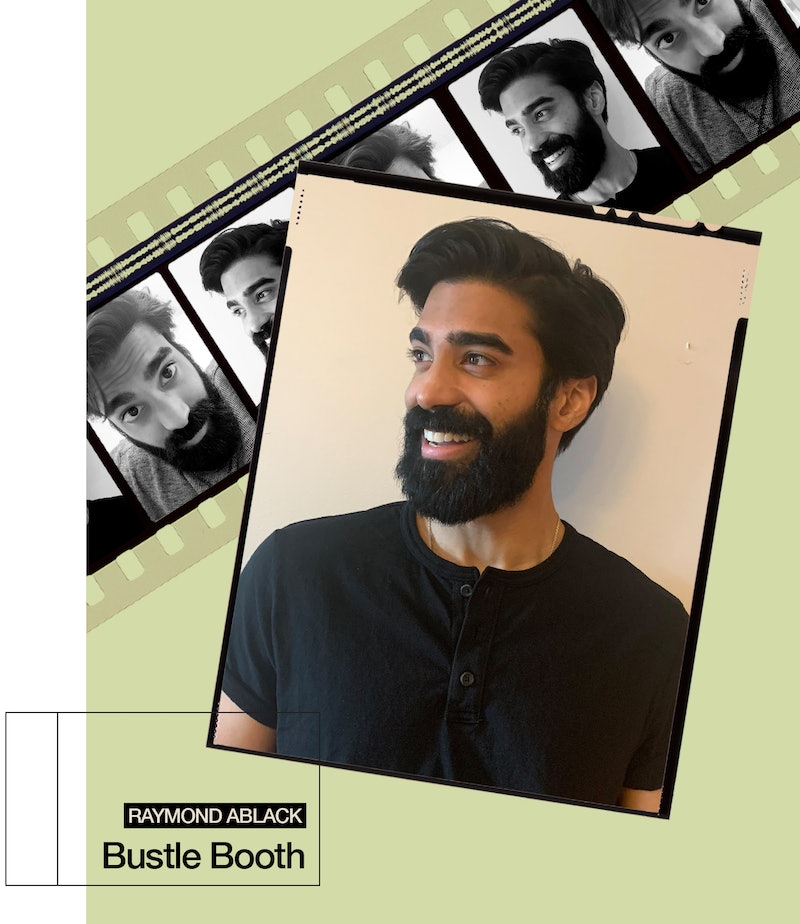 Raymond Ablack knows he’s not your average leading man. Growing up as a fan of sitcoms like Friends and The Office, he always saw the Chandler Bings and Jim Halperts get the girl — never anyone who looked like him, an Indo-Guyanese kid from Toronto, Canada. But with a new role in Netflix’s Ginny & Georgia, the 31-year-old actor is finally playing the kind of character he longed to see himself in.

“A leading role as a POC young man in a series on Netflix — to me personally … it’s more important than just getting a job,” Ablack says. Doing his character justice was crucial, “So I took all these pieces of Ross, Chandler, and Jim that I never got to see with my skin color. And hopefully he’ll be someone people want to identify with.”

The series follows single mother Georgia (Brianne Howey) after she moves to a small New England town with her daughter Ginny (Antonia Gentry) and son Austin (Diesel La Torraca) to try to outrun her unsavory past. Ablack plays the Luke to Georgia’s Lorelai: a flannel-wearing local restaurant owner named Joe who’s quickly enchanted by the smooth-talking single mom. He’s not dissimilar from some of Ablack’s past roles — a sweet, lovestruck teen on Degrassi, a charming debt collector in the 2019 film Buffaloed — but as the other half to a main character’s inevitable ship, the actor is more integral to the story than ever.

For Ablack, this presented a chance to dispel some of the frustrating stereotypes he’s seen on other shows, and he worked with creator Sarah Lampert and showrunner Debra Fisher to shape Joe’s role. “I’ve seen this type of character represented by white men before. And I’ve seen it represented and mocked as POC men — like Apu,” Ablack says of the Simpsons character, whose one-dimensional portrayal of an Indian immigrant was criticized for decades before the white actor voicing him stepped down. “[Joe] is not just something to laugh at, and I was eager to try and flip that idea on its head and show [brown people are] not just a joke, we can be leading men.”

Indeed, Joe is not a punchline. Though he can sometimes play second fiddle to Ginny and Georgia, he is always conscientious and caring, running a successful business and providing a supportive ear (and many personal favors) whenever the two need. Ablack says embodying Joe gave him room to play as an actor, but also room to settle, letting him experience “the value in a little more subtlety and quiet and stillness” of a performance. In the future, he's eager to continue playing characters who his little brother and cousins can identify with.

Get to know more about Ablack — including the chaotic reality show he'd choose to be on — below.

"Bye buddy, hope you find your dad"- Narwhal to Buddy the Elf in Elf. Fun fact: Jon Favreau was the voice of the Narwhal.

I Think You Should Leave with Tim Robinson, Detroiters, Veep. Can't choose one.

"My Heart Will Go On" by Celine Dion.

My mom is a nurse in a pandemic. Inspired by and proud of her.

I'd hope people say I'm funny, kind, and generous. That's who I'd like to be.

More like this
'That '90s Show' Star Callie Haverda Got Advice From Mila Kunis & Ashton Kutcher
By Brad Witter
Ashton Kutcher Wants Danny Masterson “To Be Found Innocent” In Rape Retrial
By Jake Viswanath
'The Queen’s Gambit' Season 2 Tweet Wasn’t From Anya Taylor-Joy
By Mary Kate McGrath, Jack Irvin and Grace Wehniainen
'The Crown' Season 6 Has Suspended Filming "Out Of Respect" For The Queen's Death
By Bustle Staff
Get Even More From Bustle — Sign Up For The Newsletter
From hair trends to relationship advice, our daily newsletter has everything you need to sound like a person who’s on TikTok, even if you aren’t.