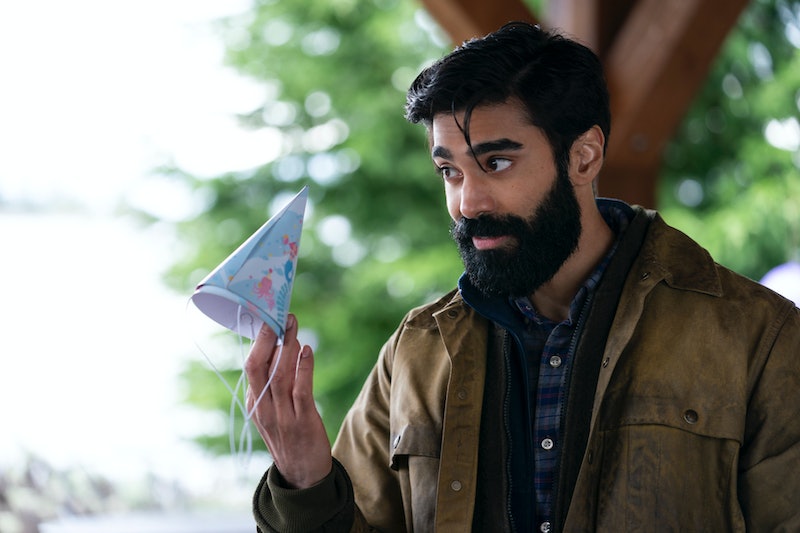 After charming fans as Ginny & Georgia’s shy coffee shop owner Joe earlier this year, Raymond Ablack is back on Netflix in Maid. He plays Nate, an old friend and sort-of love interest for protagonist Alex (Margaret Qualley) who helps her after she leaves her abusive boyfriend and struggles to make ends meet for her and her two-year-old daughter Maddy.

Prior to Ginny & Georgia, Ablack was best known for his role as Sav on Degrassi: The Next Generation, aka the launchpad for fellow Toronto native Drake more than a decade ago. “It feels weird to call him Drake, but I was a fan of his when he was on the show,” Ablack told Toronto Life in 2017, explaining that he knew Drake’s music from Myspace. “He was really humble. One time I was playing his songs in the green room, and he came in and turned it off. He wasn’t trying to show off about his music. We had no idea he’d blow up to the degree that he has now, but we knew it was good.”

Ablack also rubbed shoulders on the series with Keke Palmer, who appeared as herself during a 2011 episode. Years later, he wasn’t ashamed that Degrassi was still what people most recognized him from. “Degrassi is a Canadian institution, and I’m grateful to have played a small role in that,” he told Toronto Life. “That’s where I fell in love with TV and made all my friends. Dalmar Abuzeid, who played my best friend on Degrassi, is my best friend in real life. We live together.”

Ablack left Degrassi in 2011, and went on to graduate from Toronto’s Ryerson University with a Bachelor’s in Radio and Television and Media Production and a minor in English in 2019. He also scored parts in Orphan Black and Shadowhunters, and landed his first role on a Netflix show in 2017 when he played a DEA agent named Stoddard in Narcos. On Ginny & Georgia, the 31-year-old actor got to share the screen with his real-life younger sister Rebecca Ablack, who played Marcus’ girlfriend Padma.

“It’s not lost on me just how impossible the odds were and just how lucky I was to have lived a shared dream with my sister,” he wrote alongside a series of behind-the-scenes photos on Instagram in March. “Feeling grateful.”

Playing the role of Joe also helped Ablack make strides toward more diverse representation in Hollywood. “A leading role as a POC young man in a series on Netflix — to me personally … it’s more important than just getting a job,” he told Bustle in February. “I’ve seen this type of character represented by white men before. And I’ve seen it represented and mocked as POC men ... I was eager to try and flip that idea on its head and show [brown people are] not just a joke, we can be leading men.”

His turn as Nate in Maid is certainly another step in that direction.